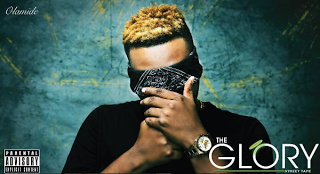 Just as we expected, the “Who You Epp” crooner has shown off the track list of “The Glory” album. “The Glory” is a 16 tracker LP.

The album features long time collaborator Phyno, Burna Boy, and 2Baba. Also on the lineup are the latest YBNL signee Davolee and Akuchi.

Production on the album are handled by YBNL in-house producers Pheelz and Young John and Other producers are Major Bangs, Sossick and others not mentioned here

The dope album titled “The Glory” will be released on the 26th of this month. Check out the list below 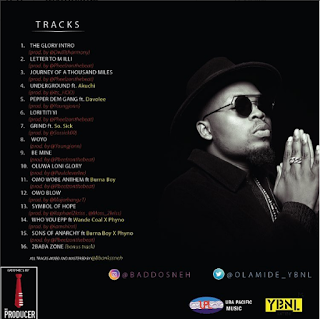