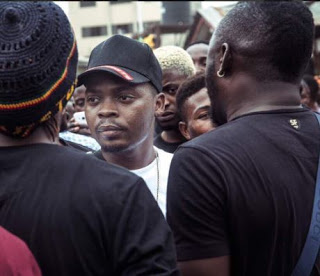 Last week, the Federal Ministry of Health led by honourabe Minister Isaac Adewole said Olamide’s new street anthem ‘WO’ is in violation of Tobacco Control Act 2015.
Not long after, NBC (National Broadcasting Commission) also banned the song form getting airplay and now Olamide has responded.
The rapper tweeted moments ago saying he has no intention of promoting tobacco to get people killed with his music.
See his tweet below;