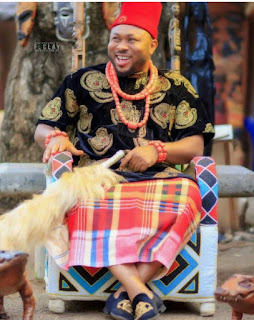 Oladunni Churchill took to his social media to react to claims that thousands of flies were found in his son’s room by ex-wife, Tonto Dikeh.
Recall that we published a post by Tonto, who shared a video of her son’s room with several flies in it adding she thinks it is a spiritual attack and began to throw curses to wherever the attacks could be coming from and specifically mentioned her son’s father or his people.
While a couple of fans supported her curse moves others told her to mind the hygiene in the home the boy is kept.
With all the drama on social media, Oladunni reacted to Tonto’s claims with a photo of him laughing asking his fans to caption the photo.
Of course many used the opportunity to shade Tonto with comments like:
“The way you laugh when you hear that the flies you sent accomplished their mission”
“How you laugh when you hear 1000 flies”
Please Share This