He was spotted in the state capital riding his bike which had been modified with the components of a bus. 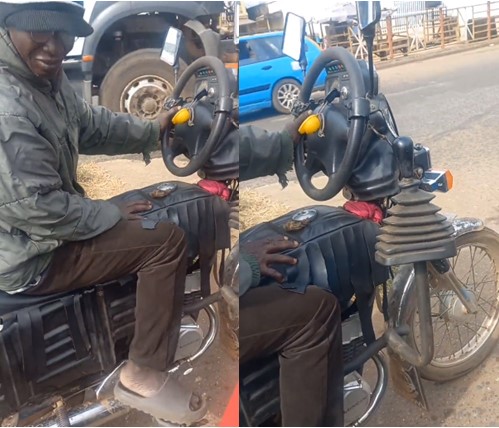 The okada rider changed the handle of his bike to that of a bus steering wheel and even added a gear which had been removed from a danfo.

In a video which surfaced online, some residents briefly interviewed him when their car pulled up by his side in traffc.

The elderly man happily demonstrated how it worked and the motorists who recorded him were left in awe.