A yet-to-identified mother has taken to social media to open up on the challenges she faced after giving to her son because of his looks.

The new mom, who shared a video mash-up of his transformation on TikTok, said people were scared to carry her newborn son because of his physical appearance. 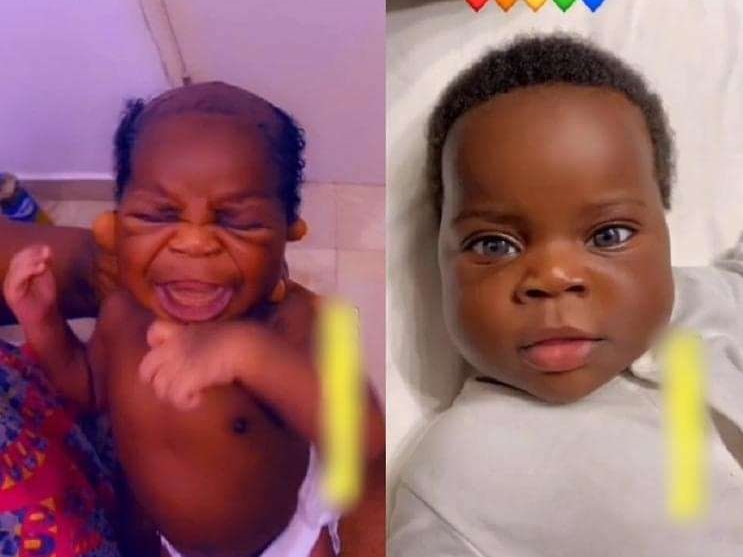 She posted a picture showing what he looked like when he was newly-born and said people were scared of him, and another picture showing how cute and adorable he looks now and said those who rejected him at birth now want to carry and play with him.

She captioned the pictures, “Nobody wanted to carry my son when I gave birth to him, now everybody want him.”