Controversial Nigerian singer, Habeeb Okikiola better known as Portable has once again managed to get people talking as he brags about being the most cashed out artistes in the country.

Portable who has been for always trending the wrong reasons made this known in a video shared via his official Instagram page. 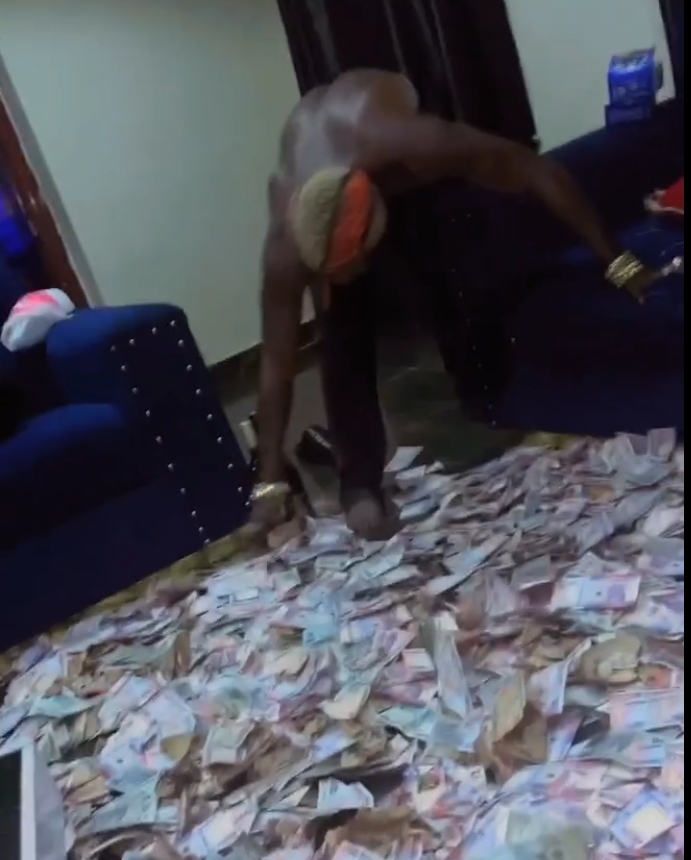 The “Zazoo Zeh” crooner in the video shows off “billions” his fans sprayed on him at an event despite that they had earlier spent money to invite him.

According to Portable, he has performed at several shows than many Nigeria artistes and therefore no one has cashed out like him.

Portable who recently released his debut album, Ika of Africa that houses 16 tracks with no feature while displaying the money rained on him boast of being a superstar in the Nigeria music industry.