Buzzing Nigerian musician, Asake suffered a wardrobe malfunction during his show in London recently and the moment was filmed on camera.

Asake, whose fashion statements normally feature baggy trousers and interesting choices of shoes and top wear, donned a leather baggy pants to perform at a show in London recently. 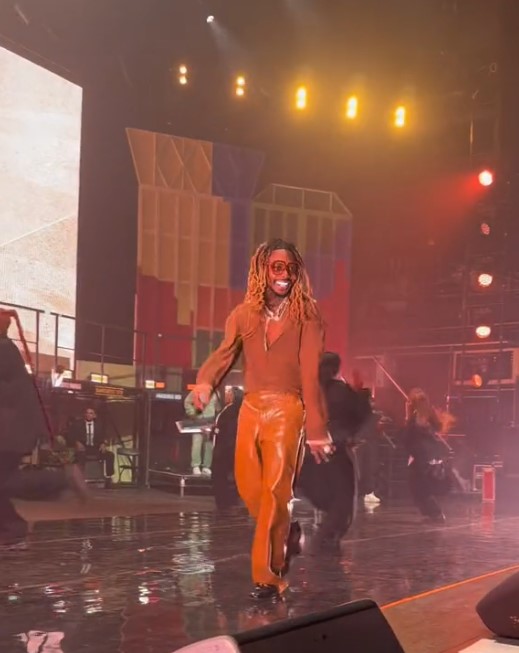 While performing, the singer gave his audience a show by putting his dance moves on display. Unfortunately for him, just as he made a move that had him kicking the air, his trousers got torn and it was caught on camera.

After realizing that his pants had torn, the singer is seen slowing backing away from the stage to probably go change his trousers.

Watch the video as you scroll,

Asake recently revealed that his sound is influenced by the Fuji genre.

In an interview with NATIVE magazine, Asake discussed the distinctiveness of his music. He claimed that despite being a fuji musician, he makes his music “presentable to everyone.”

“Omo, me I be Fuji artist o. I use actual music the same way Fuji artists do their thing. I only listen to Fuji, Gospel, Baddo and myself. I’m just making my own more presentable to everybody. That’s where I’m from, I no be from rich family, but me I love the foreign life so my own (music) has to be modern.
“My sound is my sound. That makes it my sound, because you can’t understand it. The moment I understand it, that means it’s not my sound, so I have to keep dipping into my sound.”