Nigerians on TikTok are hailing a young man who can balance a slipper on his forehead.

He performed the magical feat in a video posted on TikTok by Olatunde Shola. 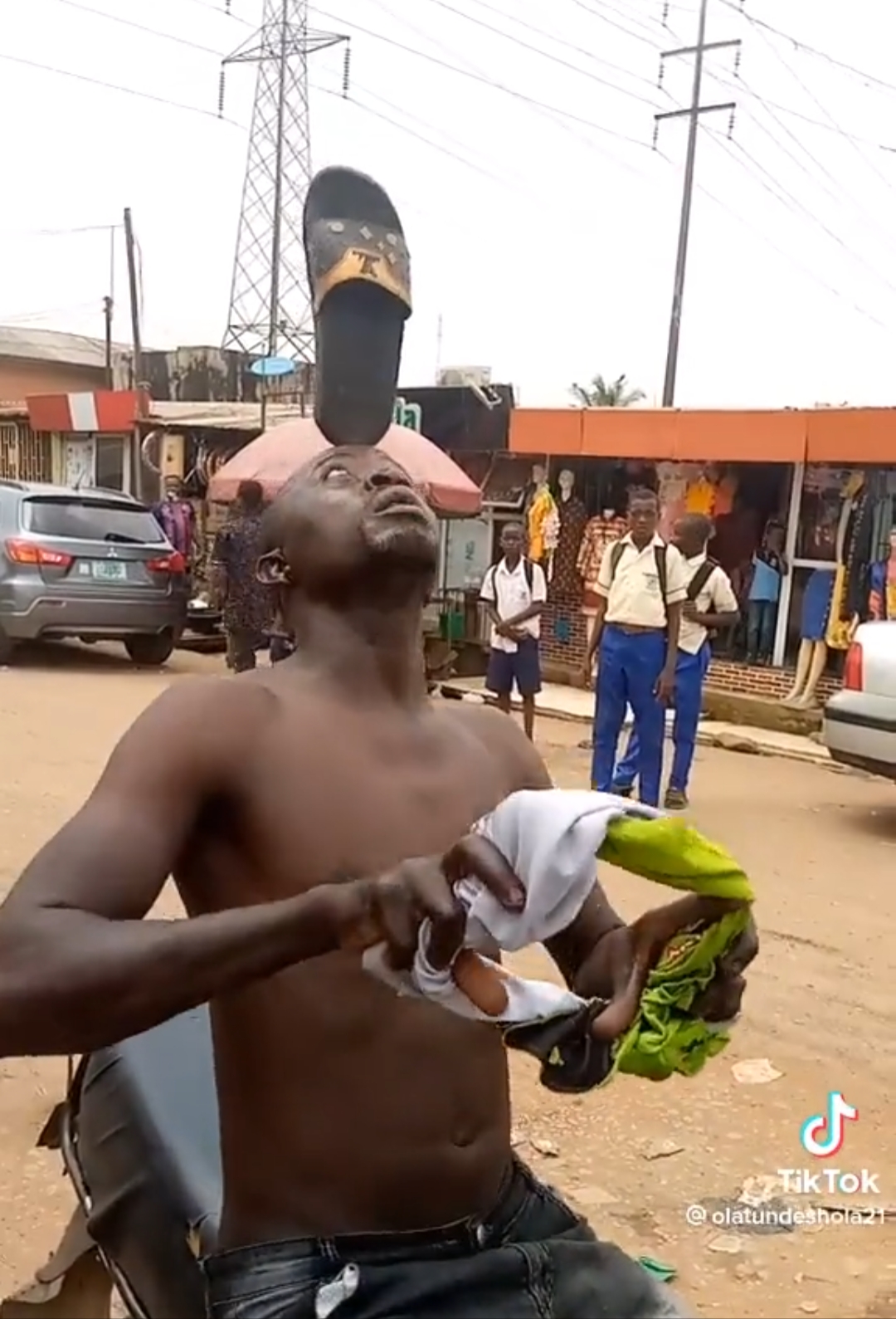 Sitting on top of a motorcycle, the young man placed the slipper on his forehead and made it to stay there.

Those who gathered to watch were amazed that the slipper did not fall from his head. More interesting was when the man removed his shirt through his head without the slipper falling.

Again, he wore the shirt back and the slipper still did not fall. A lot of shouts and applause followed his impressive performance.

Many TikTok users have said the man is cappable of fixing Nigeria’s problems with what he did in the video.