A Nigerian Woman Identified as Ifeoma Nweke went into Labour while on a Turkish Flight on Monday, September 5.

According to the reports, she gave birth to a baby girl.

While she was in Labour, Cabin Crew made an announcement in the plane if there was a doctor on board, Luckily a doctor stepped out and helped deliver her baby while they were on a 33,000ft flight.

Cabin crew cut the newborn’s umbilical cord and the pilot diverted the plane to Vienna International Airport in Austria. 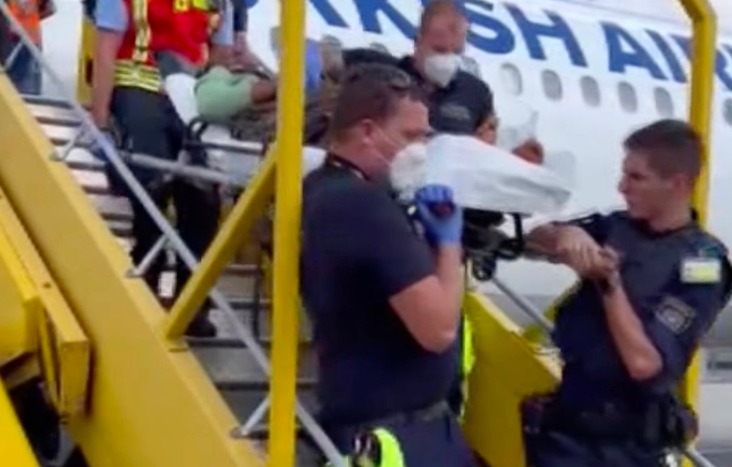 It was also reported that the mother and her baby girl are in sound health as the baby’s name and weight was not announced.