One thing about Davido is that he doesn’t spare a dime when it comes to covering himself up in blings and expensive accessories.

In series of clips sighted on his Instagram story channel, the singer is gearing up for new sets of expensive diamond accessories from his ‘oyinbo’ plug. 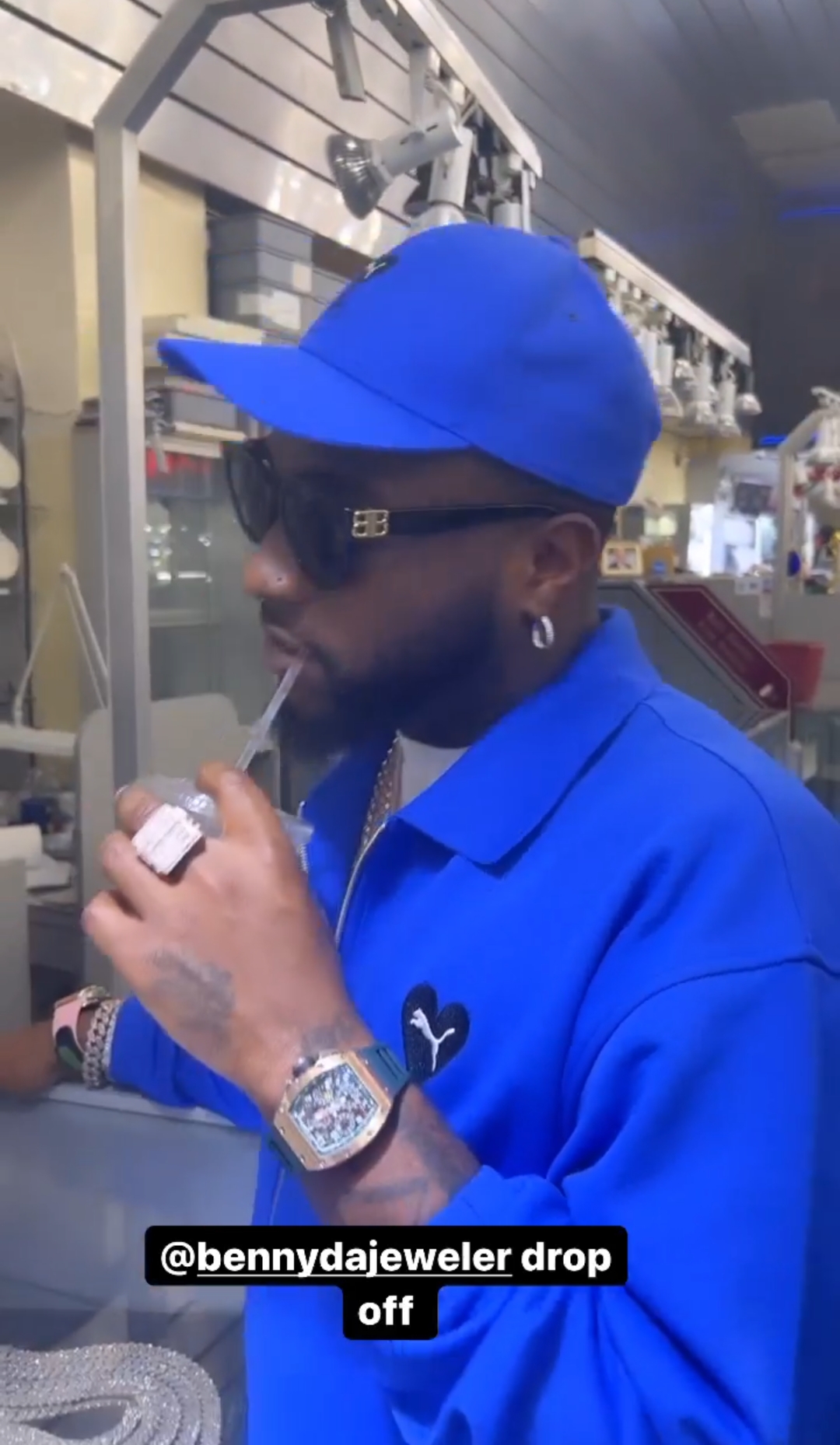 While Davido stood and sipped his drink, his body guard produced several bundles of foreign currency and stashed it on the counter.

Seeing the being dropped off, the jeweller hailed Davido as he noted that the money doesn’t stop coming in from him.

Not one to miss a good opportunity to brag, the singer replied that it’s unlimited where that came from.

Singer Davido is among a few Nigerian music stars who boast of owning the expensive Richard Mille wristwatch and he showed them off online.

The 30BG musician took to his Instastory channel with a post in which he was seen rocking two different wristwatches from the same brand worth about N192m each.