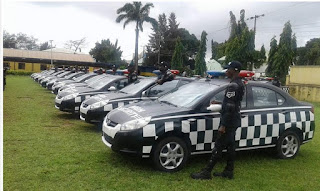 The Imo State Police Command on Monday 31st July, 2017 inaugurated Special Police Squad for Owerri Metropolis to deal with crimes and criminality within the state capital. Upon commissioning of the special security squad at the Police Headquarters, Owerri, over 100 police officers were deployed with specially made and equipped Anti-Crime patrol vehicles and motorbikes to carry out assignments to fish out and contend the activities of criminals in areas designated as flash points.
Earlier today, one of the new patrol cars was spotted being towed to a police station -less than one week after the car was purchased.
See the photo below!! 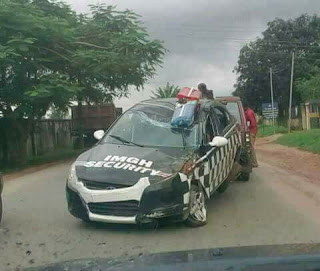