Zion was birthed by the singer’s third baby mama, Jada Pollock who doubles as his manager. 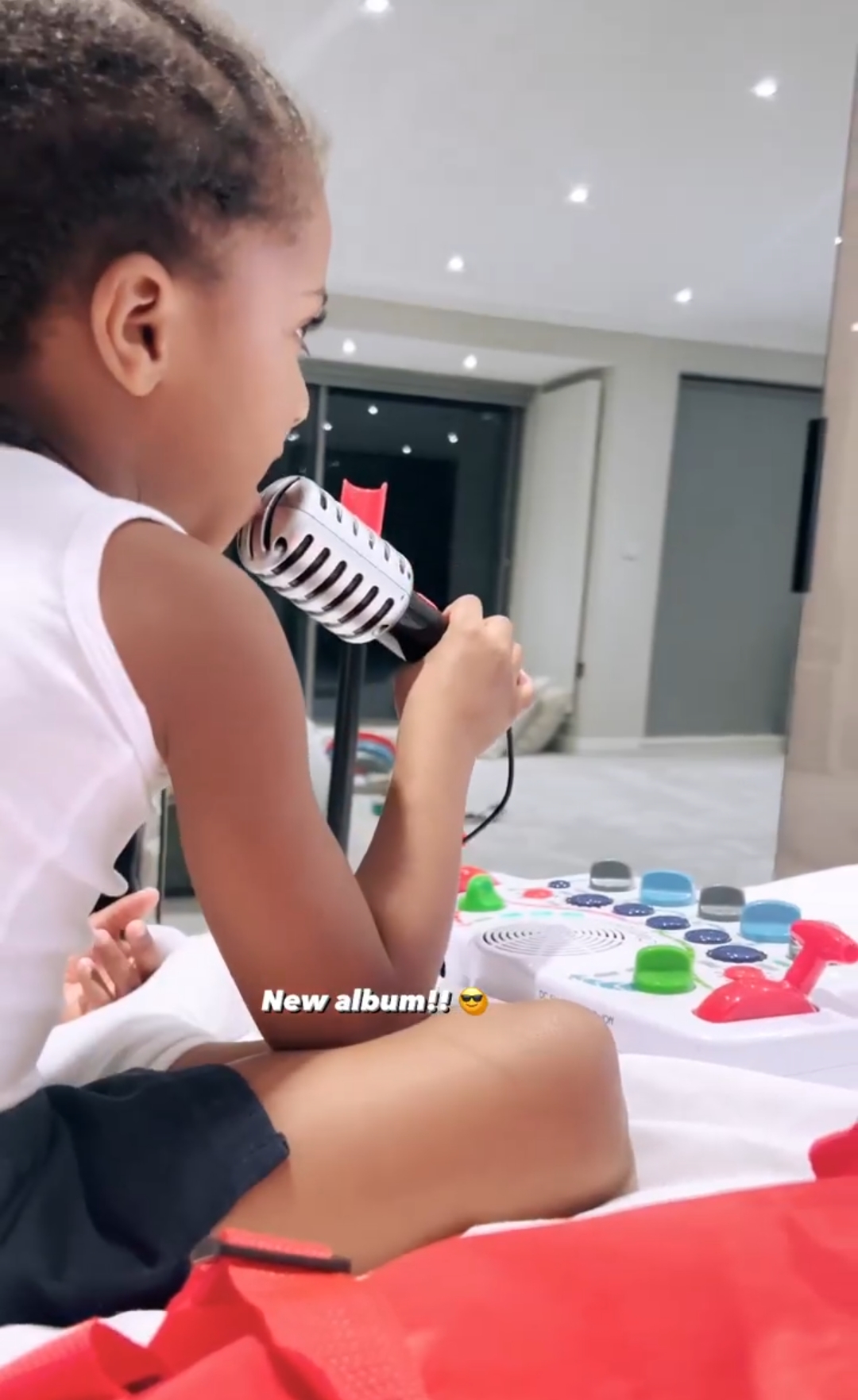 Taking to his Instagram story to share the voiceless clip, the Grammy winner hinted at a new album that would be dropping soon.

In the video, Zion could be seen holding a microphone as he sang. Unfortunately, the video was muted and fans were unable to hear the boy’s musical rendition.

A few days back, reports about Jada Pollock welcoming her second child with the crooner made rounds. However, Jada P is yet to give an official update as regards the birth rumors.

Moreso, the award-winning hitmaker had taken to social media a few days back to inform his fans that he will be dropping something new; however, he didn’t specify whether it would be an album or a single track.