Nigerian street-hop crooner, Portable has been teased by residents of a neighbourhood in Lagos after they claimed to have spotted him on the streets.

Netizens have also expressed utter disbelief regarding the video which was posted on social media showing a man believed to be the singer, walking alone on an isolated street while people driving in a car behind him were making jokes. 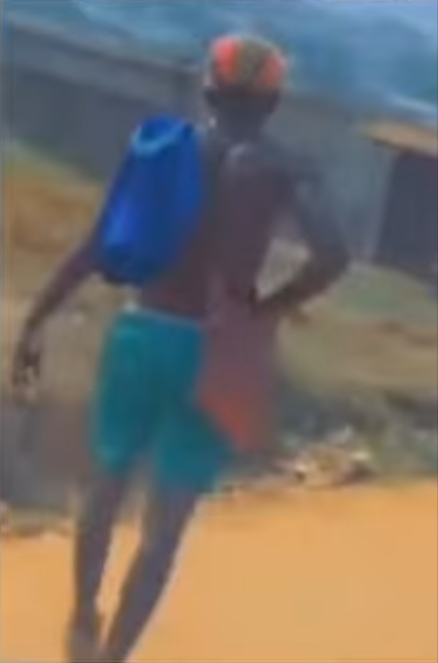 His face did not show clearly so that made it difficult to ascertain if it was Portable, however, the person rocked the same type of multicoloured hairstyle and had similar physique.

He was bare-chested and seemed to be walking barefooted as the motorist played a soundtrack of Portable bragging about being a big man.

Reacting, kingwizzy_1 wrote: Portable is from trenches the kind fame came to him by sudden it will take him time to adjust to celebrity lifestyle this is to show that the guy doesn’t like fake life he is real! You see the bar he is building he keep posting update of that bar he is super proud of himself and achievements so far, Allow him live his life abeg

bobby_yung_m wrote: Portable don break all the laws of being a celebrity

bum_bad_ wrote: Nigerians with low mentality, make he no walk again? Otedola self still they stroll for him estate. Pls allow our zazu president waka for him own estate too