A video that captures the moment an Asian woman supported her partner with cash while on a date has melted hearts.

In the video making rounds online, the couple were dining at a restaurant with other people when a waiter gave the man the bill. 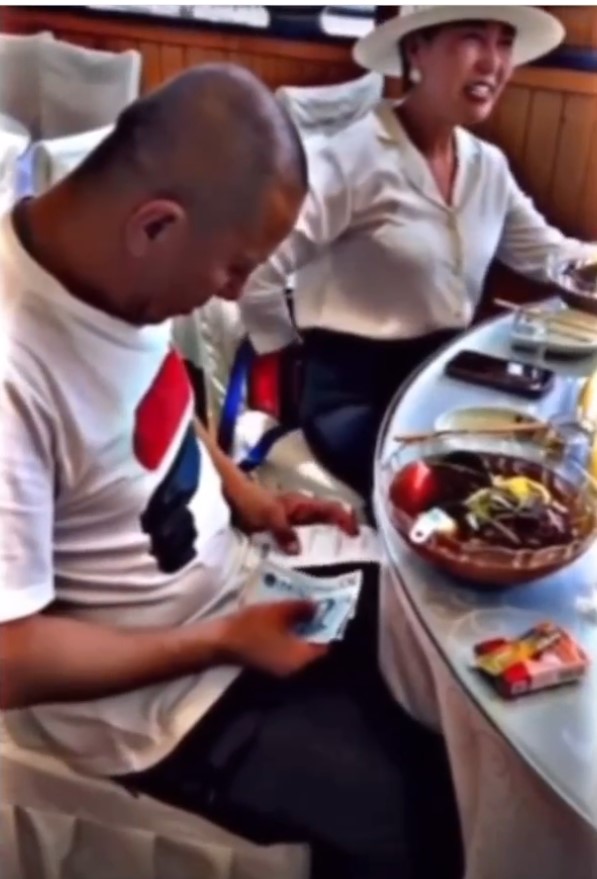 He dipped his hand into his pocket, brought out all the cash on me and counted it. However, it didn’t seem to be enough to cover the bill, as he kept comparing the cash at hand with the bill.

When the woman noticed his dilemma, she stylishly put her hand into her handbag, brought out some cash and gave it to the man to offset the bill.

The video has since sparked sweet reactions on social media as netizens lauded the woman for supporting her partner in a respectful manner.

@iamtrinityguy wrote, “Awwwwww❤️ So lovely to watch,I hope our ladies can support us too ❤️❤️❤️❤️❤️”

@cakesurpriseng wrote, “This is how you support a man without hurting his ego😍😍👏👏👏no be by coming online to post 10k receipt wey you sent to him”

However, some asserted that some men would still cheat and mistreat their wives when they make money.

An Instagram user @contracostaresources.nig, reacting to the video, wrote, “They never remember!! No matter how supportive you are!! Wen he finally makes money, he’ll rather spend on a new woman that knows nothing about his past, Just so he can feel like a man…”