Popular Nollywood actor, Alexx Ekubo recently threw a waggish jab at the reality TV star, Pere Egbi after he shared a new video of himself.

The Big Brother Naija star took to his Instagram page where he posted a short and impressive transition video. Pere at the beginning of the clip could be seen shirtless as he threw an apple from one hand to another. 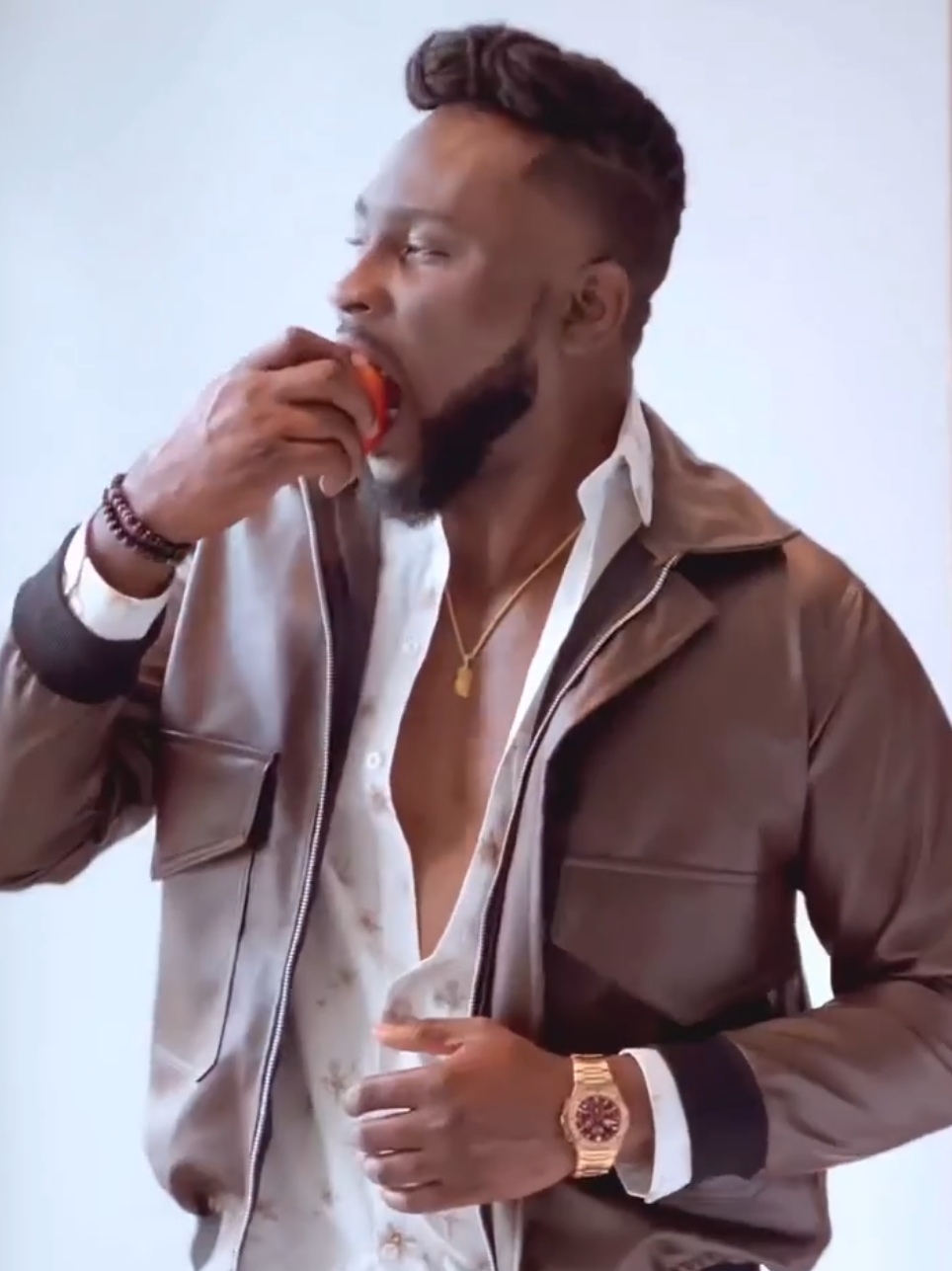 However, in a blink of an eye, he donned a white shirt and jacket which gave a good fitting, then gradually began devouring the apple in his hand.

Sharing the video, he wrote:

“When you see this, what comes to mind?”

The clip however caused a stir online with fans and celebrities dropping remarks in the comment section owing to his swift transition.

One comment which stood out was that of Alexx Ekubo who jokingly tackled Pere Egbi while urging him to calm down.