A man has attracted the attention of social media users after he was seen performing push-ups during his wedding.

It is not known if the man is a soldier, but when he was performing the push-ups, another man in army unform joined him. 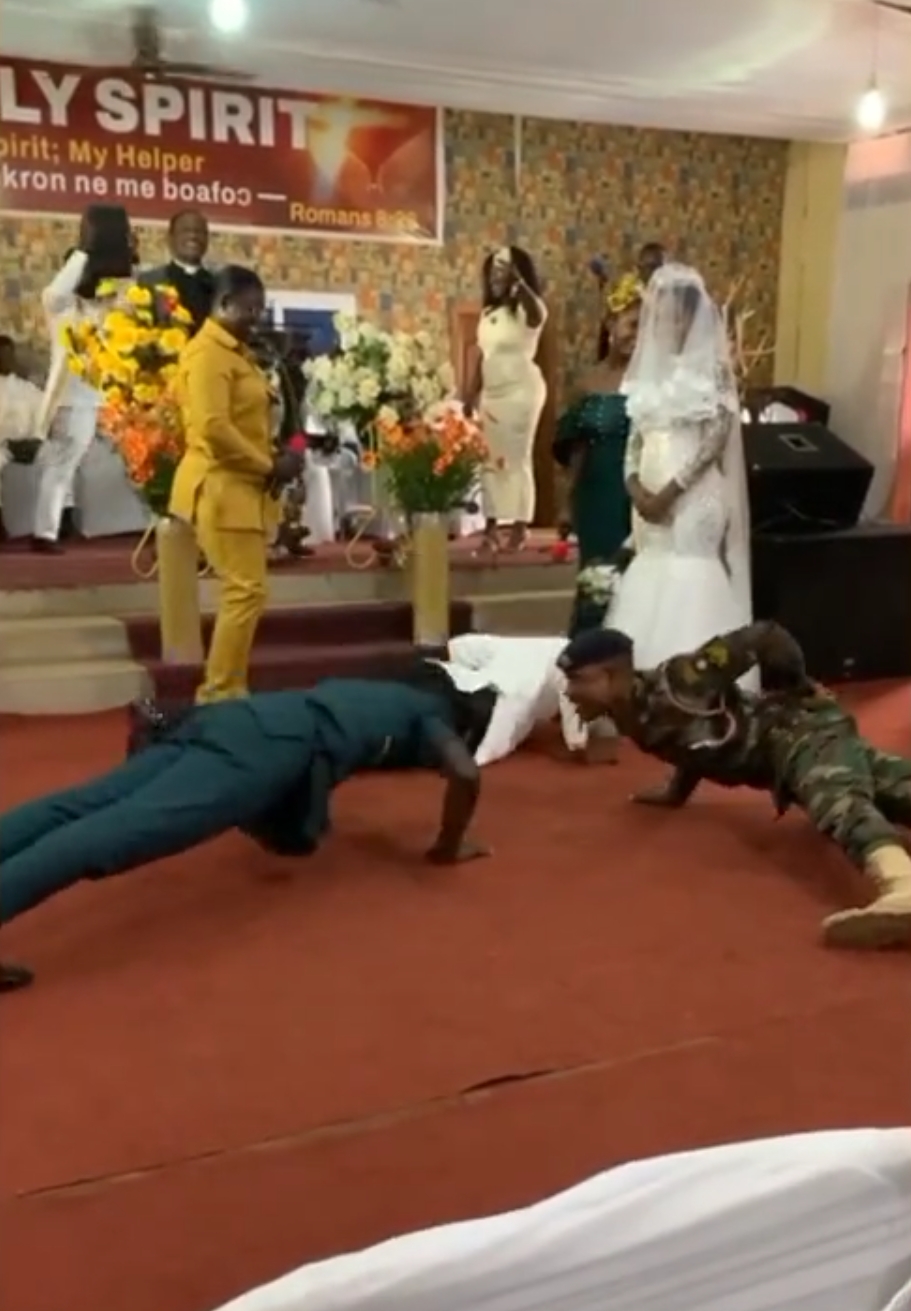 In the video which is titled “When you marry a military man”, the groom performed at least 26 push-ups before he rested.

The bride watched silently, apparently taking in the whole positive vibe being displayed by her man.

The congregation erupted in wild excitement after seeing what the man did. Social media users have joined the excitement as they have sharply reacted to the video which was posted on TikTok.

See Different reactions from Netizens below..

“Exercise for the honeymoon.”
@Micoolj commented:

“My sister get ready for tonight.”
@mummy’s boy said:

“That’ show that get ready tonight. Who count the exercise that’s just the beginning?”