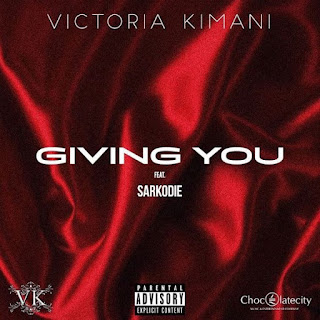 Popular star known as Victoria Kimani , born in Los Angeles, California is originally from Kenya. She started writing,recording and performing music at the age of 16. Following her high school years in Nigeria,she moved back to Nairobi for a short while, with the intention to pursue her music full time.

Although, she traveled between Los Angeles,Atlanta, New York and London working with top line artists and producers including Chris Brown and Timberland amongst others. In 2010, she performed a cover of Ice Prince’s hit song OLEKU and from this caught the attention of Chocolate City executives. By the end of 2012, Victoria was signed on as Chocolate City Kenya’s first lady and has since been relocated to Kenya. this is coming off her recently released album titled ‘SAFARI ”featuring Ghanaian best hiphop head Sarkodie they call it “Giving You” check this out and tell us what you think