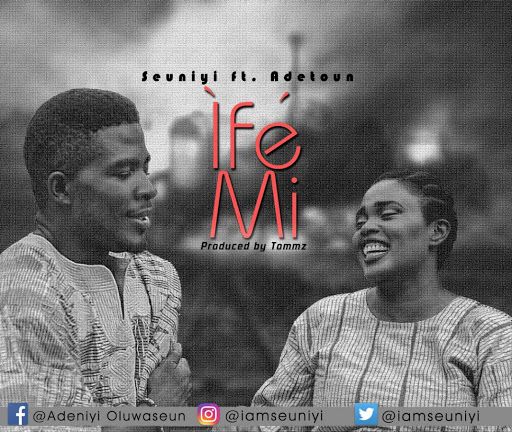 Oluwaseun Adeniyi also known as Seuniyi is a young and vibrant
artiste withmany years of stage presence.He started singing at the age
of 8 and still actively singing till date.
He is a graduate of Federal University of Agriculture Abeokuta (FUNAAB).
While schooling in Abeokuta he attended Father’s House where he Directed
the music of the church in 2010.
Seuniyi favours jazz and contemporary gospel genre of music.
In 2012, He joined Global Harvest Church Headquarters in Ibadan where he
became a member of the choir in 2013, he actively still sings there till
date. He is also an assistant Music director there
He founded the music group ‘Illumi-Nationz’, a group which was formed with
the purpose of discovering talents and to make the gospel attractive to
the world at large.
On stage and during ministrations, Seuniyi is known for his soothingly
captivating voice and an enthralling stage presence.
Asides being a singer, he also plays the guitar and the keyboard which help
him in his song compositions and harmony formations.
Seuniyi is a young and vibrant recording artiste with many years of stage
presence. His musical career boasts of many singles like You are worthy,
Turn Around, etc. He has another single set to be released at the end of
August titled “Ife mi”. A love song where he features Adetoun (MTN Project
Fame). produced by Tommz .segtomblues
FOLLOW SEUNIYI ON SOCIAL MEDIA
TWITTER: @seuniyi
INSTAGRAM: @iamseuniyi
CONTACT FOR BOOKINGS: 07066350262
DOWNLOAD NOW