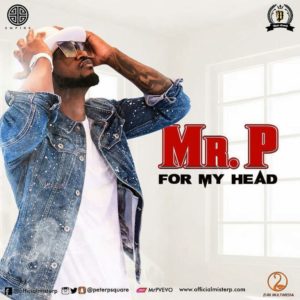 Critics have called Mr. P an upcoming artiste, which he admitted. He however, noted that he’ll be graduating from an upcoming artiste to “outstanding established superstar” after releasing this new single, “For My Head.”
“In fact let’s just say MR P will be Graduating this Saturday Nov18th From an Established upcoming to an Outstanding Established Super Star ,” he said.
We celebrate Mr. P as he graduates from an established upcomin artiste to an outstanding established super star today. Download, listen and ENJOY the new new from Peter ‘Mr. P’ Okoye, directed by Unlimited L.A.
DOWNLOAD NOW
Please Share This