A video of the moment popular Nigerian singer, Divine Ikubor popularly known as Rema, seemingly collapsed while performing at a concert in the UK has been shared online.

The ‘calm down’ crooner, who is currently on a music tour in Europe, was giving an energetic performance to his fans in Brixton, UK, when he suddenly ‘passed out’. 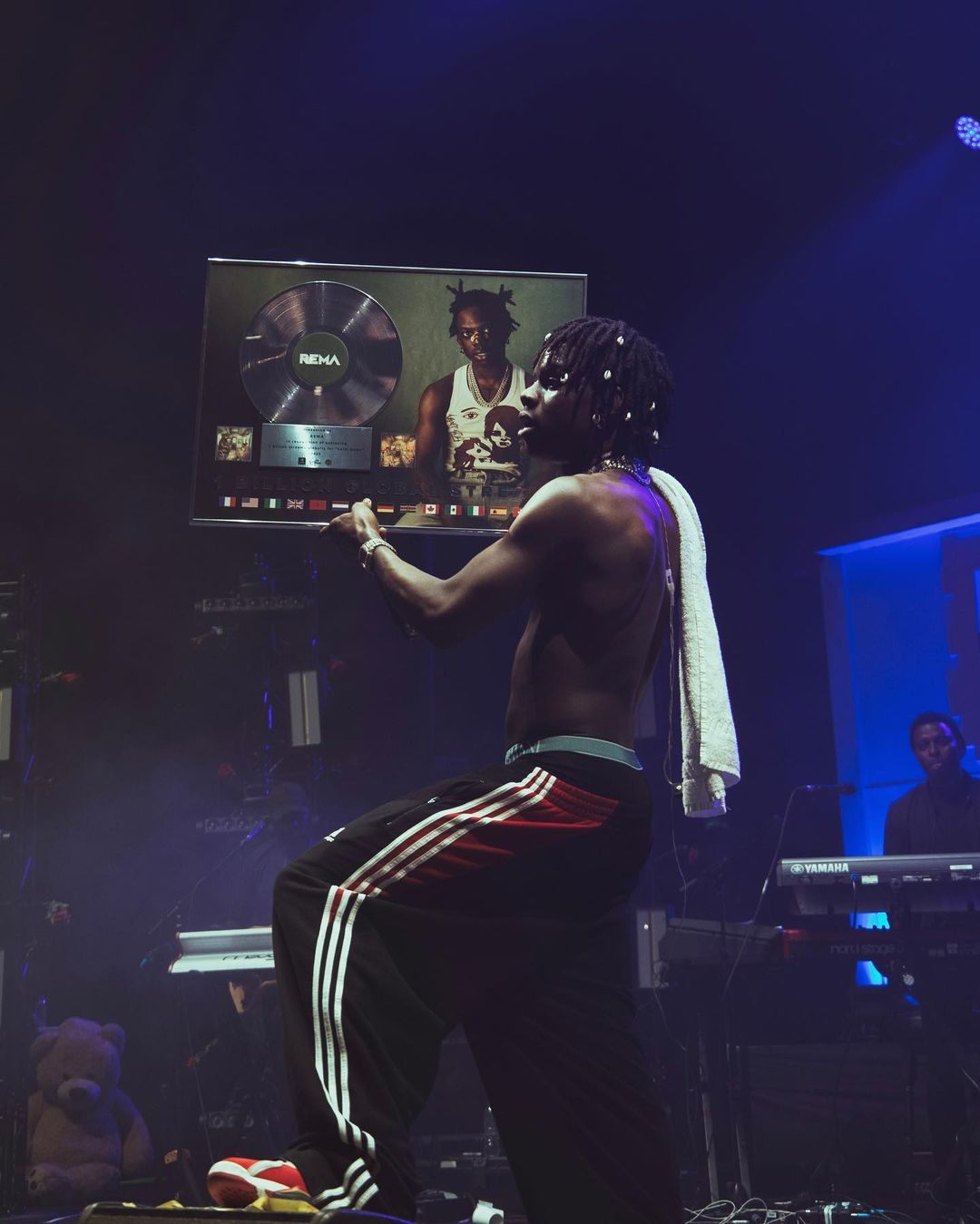 In the blink of an eye, some members of the production team came on stage to wheel him out on a stretcher.

A video making rounds on social media captures the scary moment he was rushed out of the stage on a stretcher.

Though details of the incident are still sketchy, reports have it that it was all a stunt and he came back on stage moments later to continue his performance.