The multiple award-winning singer was on stage miming his popular song, Essence, when a fan decided to get a video selfie from him. 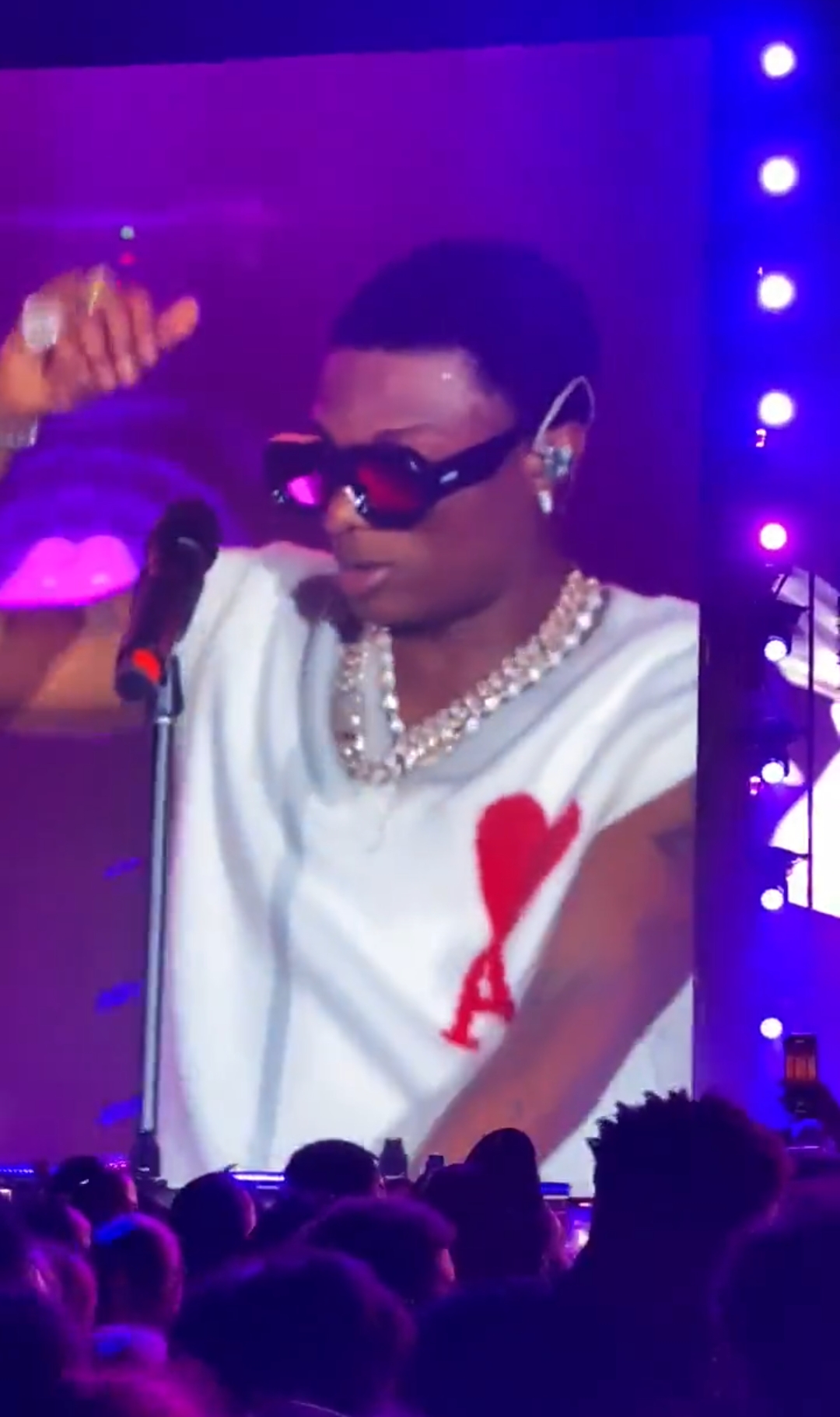 In a daring move, the fan flung a mobile phone at Wizkid who surprisingly picked up the phone and began making video with it while singing, stirring more appreciative chants from the crowd of excited fans.

He threw the phone back in the direction it had come from as he continued his stage performance.