She was spotted with the trio and others on a movie set in a yet-to-be-identified location. 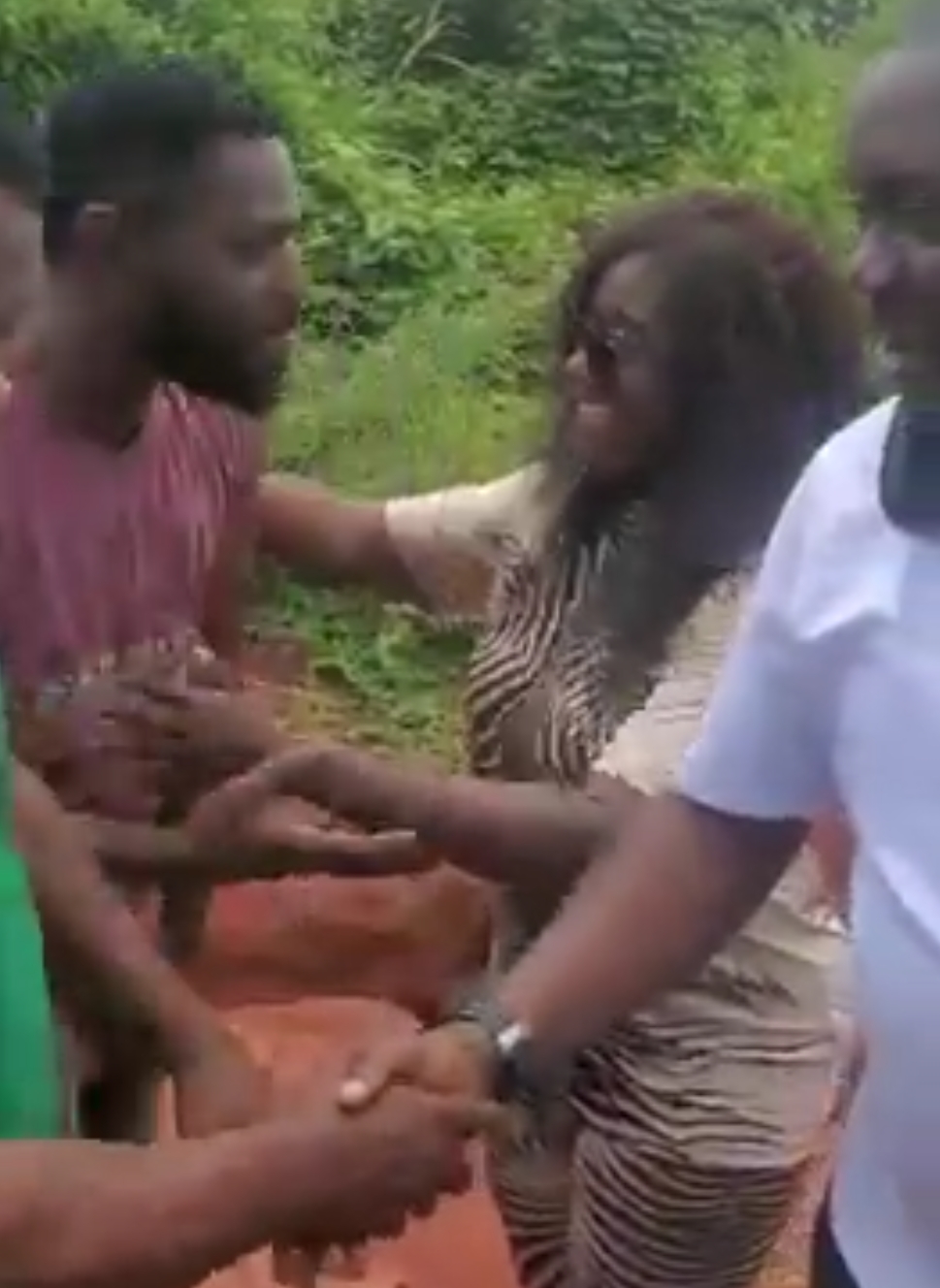 Taking to her Facebook page, Mercy Johnson shared a video of when she walked up to Kelvin Ikeduba and exchanged pleasantries with him.

The Actress took a walk with him, before she spotted Jerry Williams at the back. Jerry bowed to greet the mother of four as they expressed excitement seeing each other after a very long time.

Uju Okoli was also captured kneeling to greet Mercy while the actress responded by lifting her up and sharing a warm embrace with her in the sweet video. 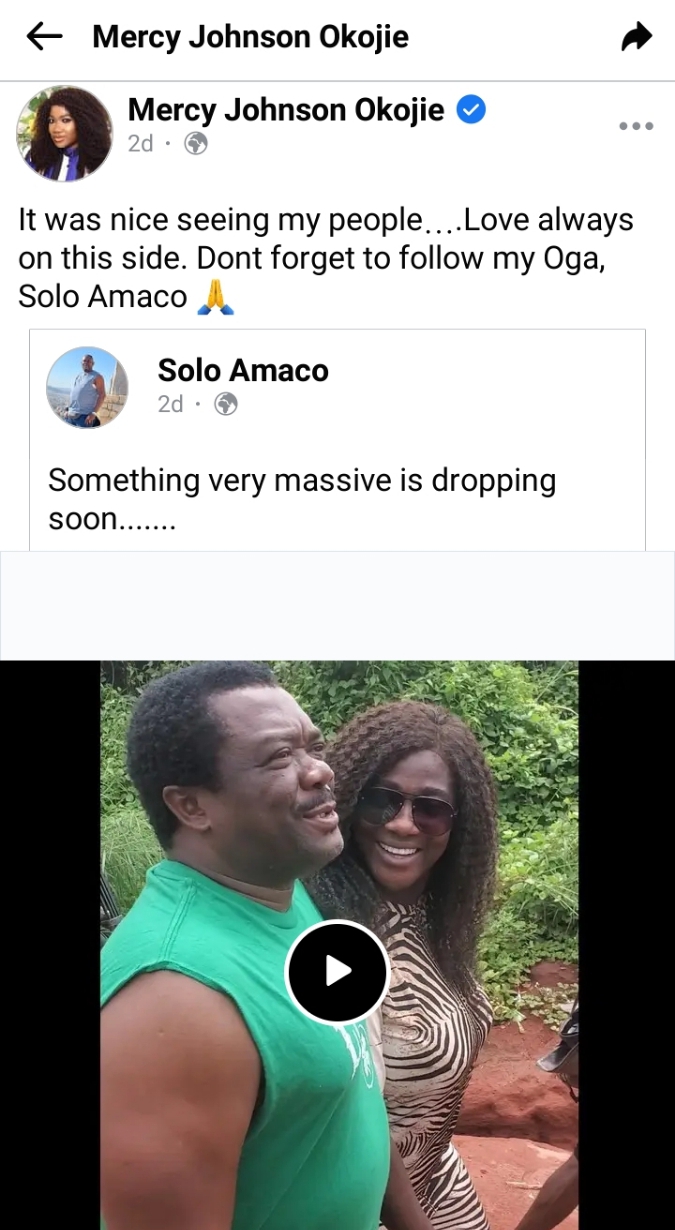 The video of what transpired between the Movie stars soon went viral on social media. A number of Nigerians had a lot to say about the level of respect, love and humility that exists amongst them. 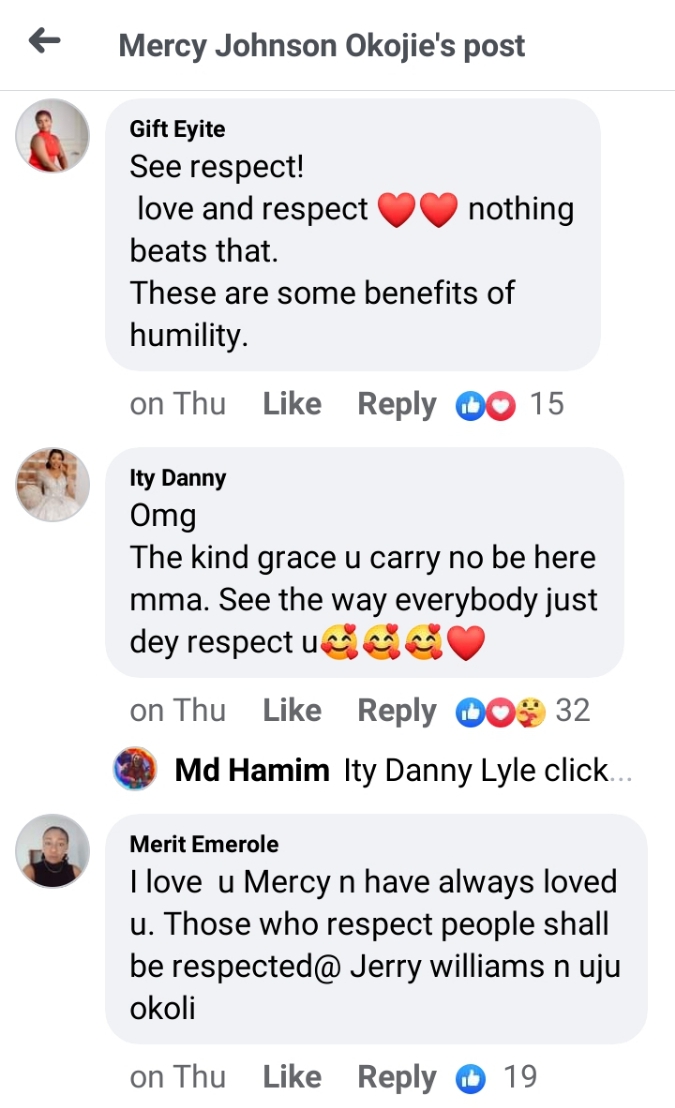 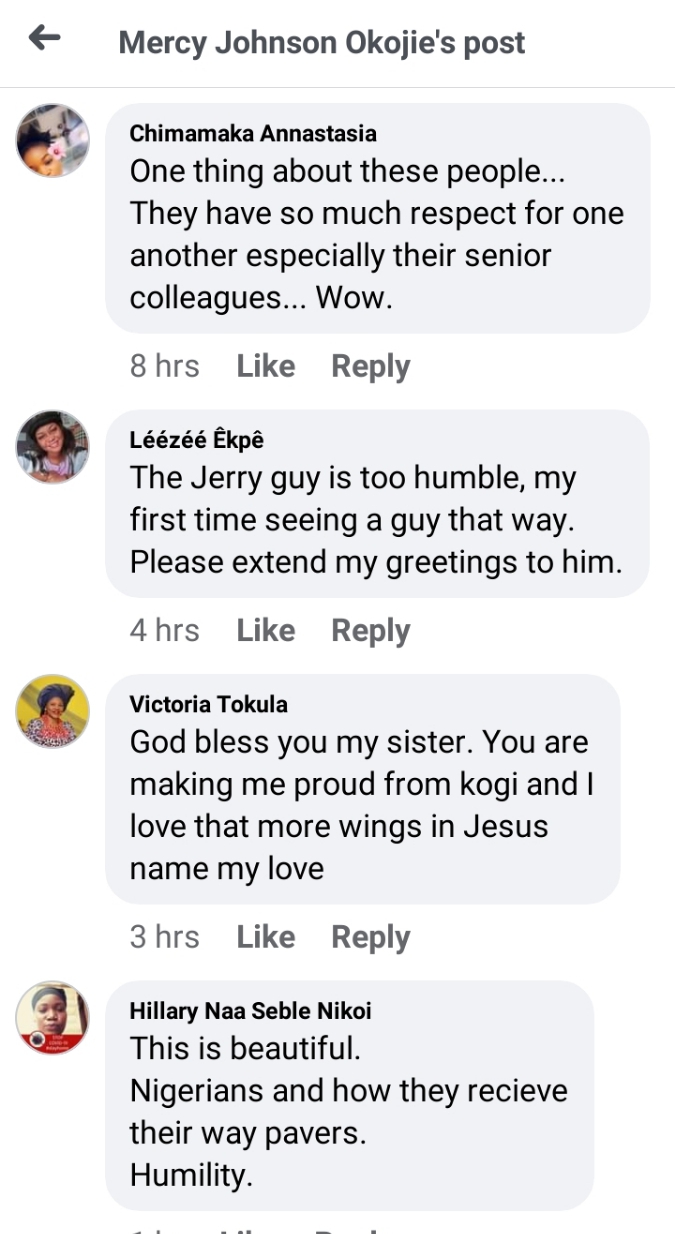