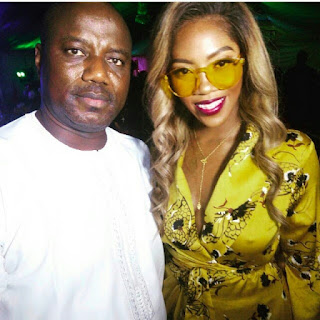 Last week, precisely Tuesday, 7th August 2017, news broke that star actress, Mercy Aigbe, has returned to her estranged husband, Asiwaju Lanre Gentry.
Nollywood actress, Mercy Aigbe, has returned to her hubby. It is not easy to walk out of one’s marriage just that especially if the lover has realised his/her mistake and seeked pardon.
Mercy and her hubby, Lanre Gentry, have been in the spotlight ever since allegations of domestic violence against the actress broke out. Things got so messy that Lanre was arrested and Mercy had to move out of her marital home. Well, we all saw it coming; we knew she would likely accept him back after she shared a private chat with Lanre, begging him that such situation would never happen again.
To shock you all, after the whole drama, confirmation that the actress was  back with her hubby surfaced as she has deleted the new instagram account she created immediately  she parted ways with him. Well, we will keep watching to see if she would officially move in with him. Her daughter also still maintains her surname, Gentry indicating that all is well with the Gentry’s family”
Meanwhile, a conversation that took place between Lanre and Nigerian music star, Tiwa Savage, penultimate Sunday at the much talked about City People Music Awards confirmed that Lanre and Mercy might have put behind them their fracas.
At the ceremony, Lanre was we sighted, walking up to Savage to take a selfie with her after she won the best female act in Nigeria Award and the Lagos hotelier, Lanre, strangely introduced himself as Mercy Aigbe’s Husband.