A video shared on TikTok has shown the moment a young man, @djfinzy, who has been abroad for the past eight years visited his family.

He took his time to film his arrival in Lagos. At the start of the clip, he showed that he both has Nigerian and British passports. 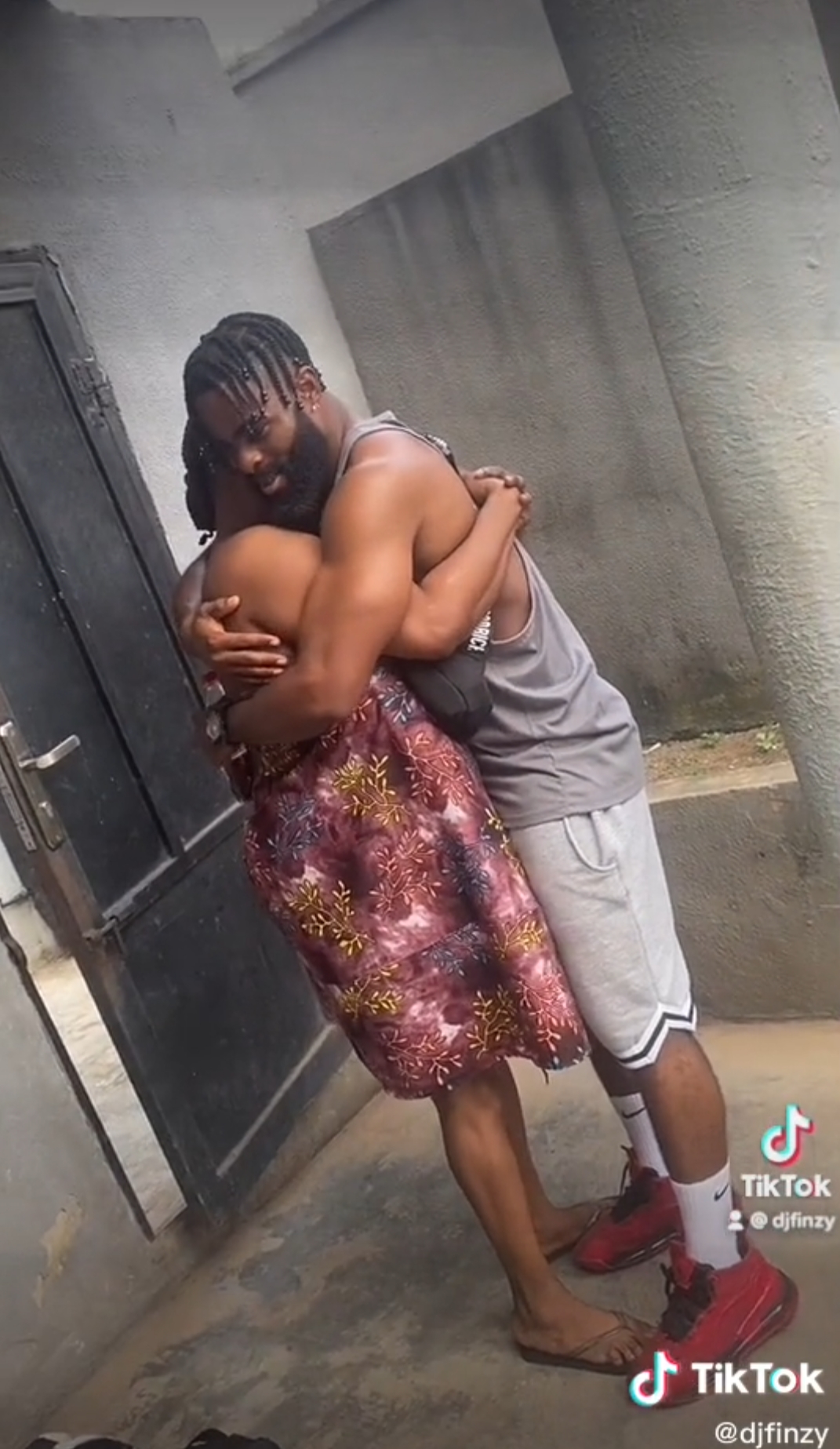 When the young man got into his family compound, he hid behind a wall. His mother could not believe it when she finally saw him. She was beyond happy.

At a point in the clip, the young man had to show his mother that he is now a British citizen. The woman screamed more when she saw his foreign passport. It was such a thing of joy to watch.