A video of a bride in her wedding dress crying profusely after her husband reportedly ended things with her moments after they took their marital vows is making the rounds online. 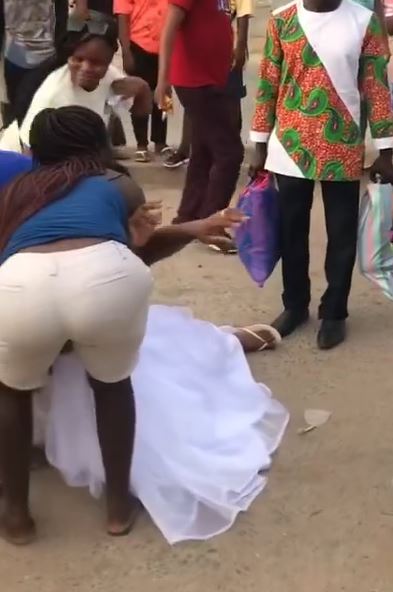 In the viral video which is believed to be a skit as a few professional cameras were spotted, the couple who were still dressed in their wedding attire, were said to be returning from church when the groom suddenly said he was ending their barely 12-hour marriage. The jilted bride can be seen weeping and rolling on the ground, not minding her white dress.

Passersby who had gathered to watch the drama tried to console the bride and begged the husband to reconsider his decision.