A viral video shows the moment comedian Sabinus spoke to his look-alike at an event.

Recall, Sabinus and his look-alike, Mr Cultivator made headlines hours ago after they met each other at an event. 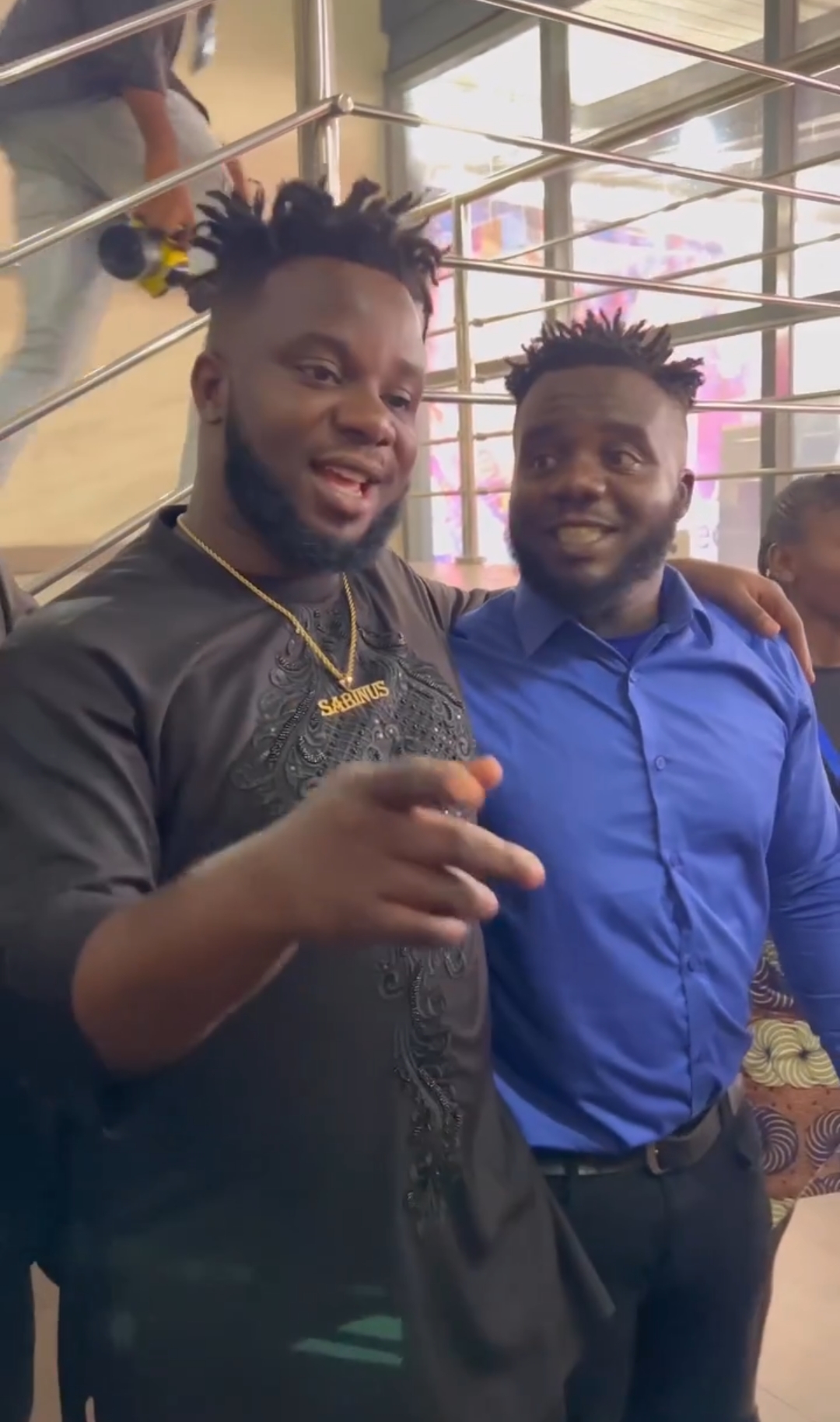 However, some netizens claimed that Sabinus ignored the young man and they dragged him for not recognizing his efforts.

A recent video shared by Sabinus on Instagram has debunked such speculations as the duo smiled with each other and even took photos.

Mr Cultivator while standing with Sabinus was facing another direction when Sabinus beckoned on him to face the camera.

Sharing the video via Instagram, Sabinus hinted to fans in his caption that they met at Owerri, and he truly had an exciting time.

“Had a great time with the good people of Owerri. Bigger dreams ahead.”

“Hope owerri was nice to you?”

“Who else saw his twins brother? Big sabinus.”

“We enjoyed every bit of your session, Thank you for coming to SMFest 2022.”