A little baby has received many praises online as he pronounced some words effortlessly on cards.

In a video making the rounds online, the little baby pronouncing words written on different cards as a female voice told him “good job”. 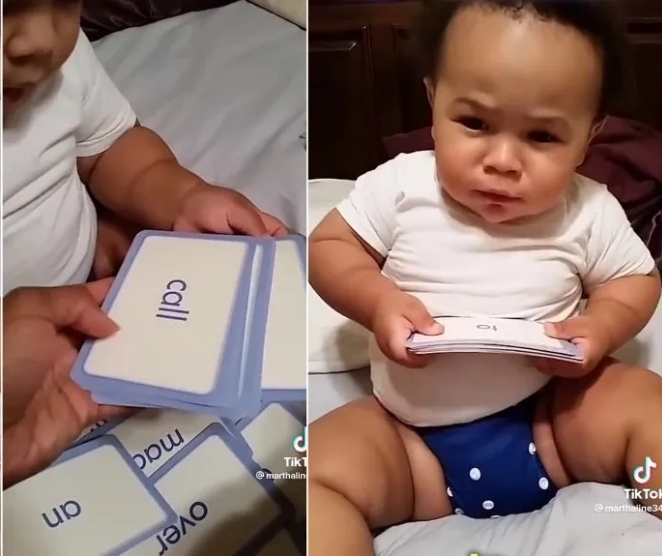 The kid flipped out each card after pronouncing the words on them. Though he hummed some, the woman behind the camera called each word clearly after him.

To show that he knew what he was doing, the baby turned over a card that was upside down so that it can be read properly.

While reading out the words, he occasionally looked at the camera. Many people have tagged him a genius.

Social media users expressed their thoughts as they praised the little baby’s pronunciation.