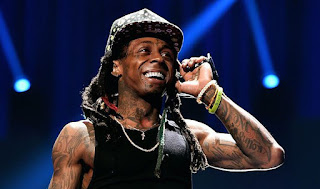 Rapper Lil’ Wayne has been released three days after being hospitalized in Chicago, reportedly for epileptic seizures, advised by doctors to
take a few weeks off from work.
According to a report from TMZ, sources close to Weezy say the seizures were a result of an extremely busy work schedule mixed with  lack of sleep. The incident had nothing to do with the Carter V rapper taking sizzurp (a codeine-based cough syrup AKA  ‘lean’).
.
TMZ said:
Our sources say Wayne’s been advised to avoid overdoing it on tour, and he’ll be taking 2 weeks off for some much needed R&R … his next show is September 23 and we’re told he’ll be there.
Wayne reportedly was healthy during back-to-back concerts before the seizures occurred but would hang out after shows and then head straight to the recording studio with no rest.
Weezy will now take a short break from touring before heading back on the road Sept. 23.
This is not the first time the American rapper is having this awful experience ,In 2016, Wayne suffered another bout of seizures on a private flight to California. As it often happens, fans of the rapper assumed the seizures were a result of the rapper’s use of codeine-based cough syrup sizzurp, but Weezy told TMZ the incident occurred after he didn’t take his epilepsy medication.
Please Share This