A recent video of popular Nigerian singer, Ayodeji Ibrahim Balogun professionally known as Wizkid rocking a new hairstyle at a party in Ghana has surfaced online.

In the video that hit the internet Wizkid, a father of four boys portrays the attitude “Like father like son” as he rocks exact haircut like that of his first son, Boluwatife. 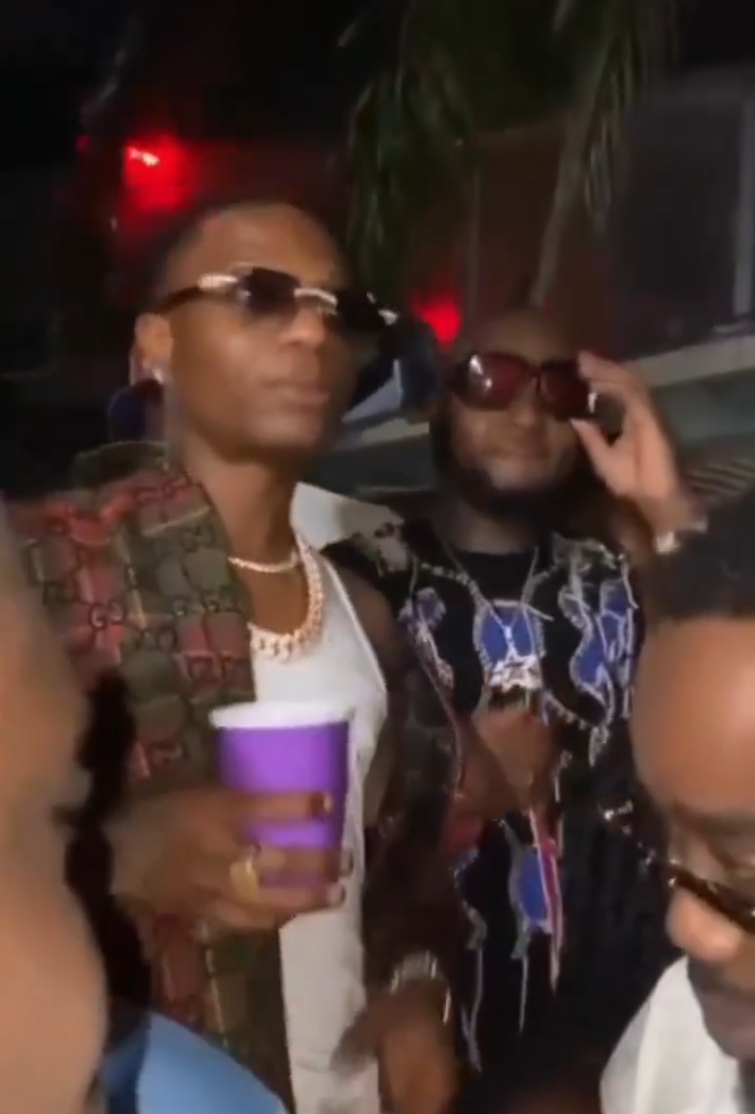 Wizkid who recently got social media after he argued for the dominance of Afrobeats ahead of Hip-Hop as he addresses the rap music genre as being dead and boring was partying at a night club in with his new haircut along side singer King Promise among others.

Today, December 10th, 2022 Wizkid will be headlining his first concert in Ghana at the 40,000-capacity Ohene Djan Sports Stadium in Accra.

Checkout photos and videos below;