“Like Father, Like Daughter” – Netizens reacts as Mr Ibu dresses up as a woman in dance battle with daughter (Video)

Since recuperating from food sickness, Nollywood actor John Okafor, better known as Mr Ibu, has been living his best life.

The veteran has grown more active on social media, where he has shared adorable father-daughter moments with his daughter. 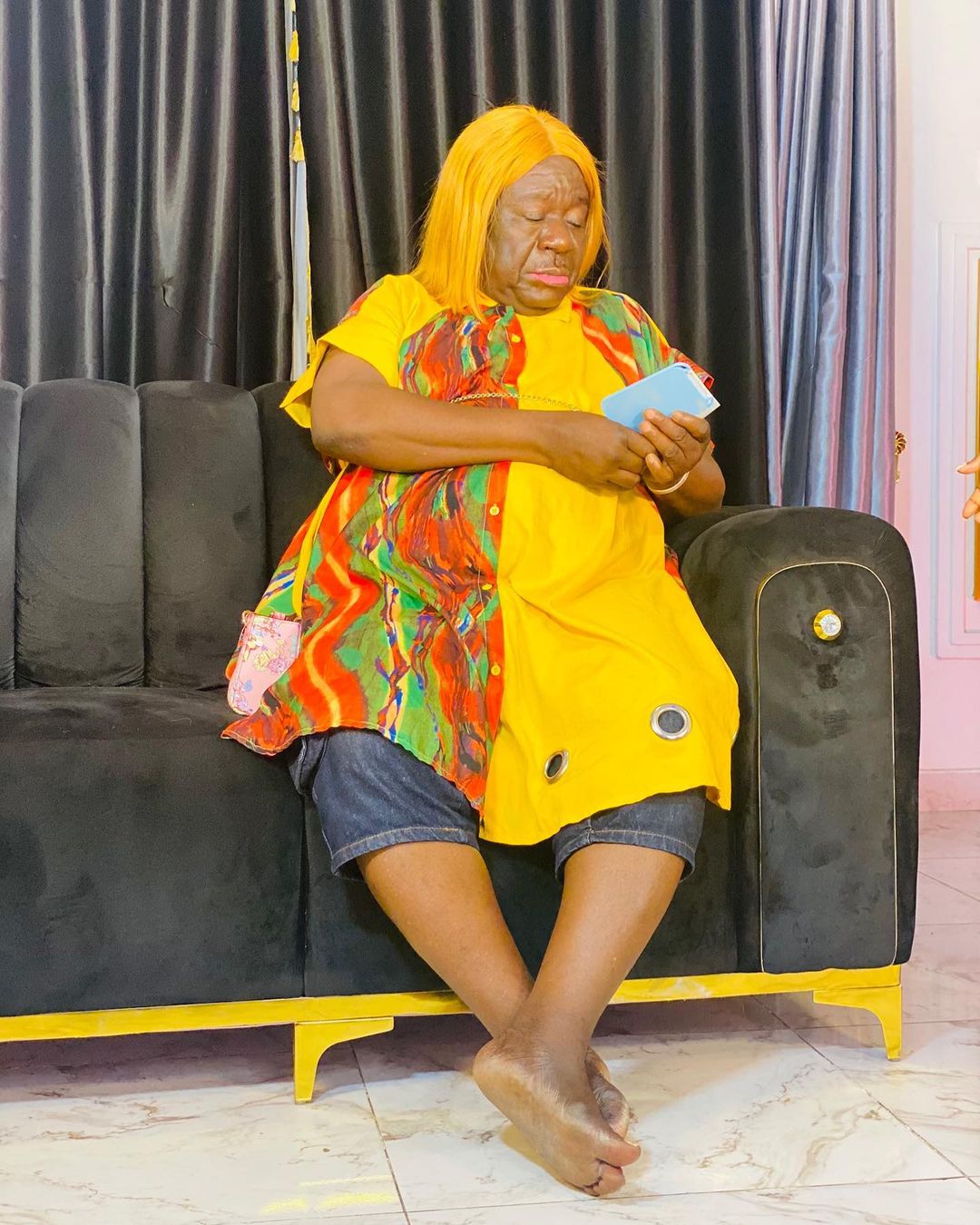 Mr. Ibu took to Instagram to share a TikTok video of himself and his kid playing dress up.

The iconic actor was costumed as a woman, sporting a yellow gown with a denim skirt. He was also wearing a wig and a lot of make-up.

As the two demonstrated their new dance moves, the veteran looked ridiculous in the outfit.

The video has subsequently gone viral among his followers. While many gushed over their friendship, others noted how the iconic actor was quickly becoming an online joke.

One Finebo Nachi wrote, “This girl is turning our legend to something else

One Mcculture wrote, “Why is she doing this to our legend??

Icekid official wrote, “How can I explain to my kids that this is my Role model

Thelma Vee wrote, “Daddy daughter vibez….I love the bond some of us never got the chance

Hormowunmiii wrote, “Thank God say this Mr Ibu no be woman cuz who go date her.

Chichi Eb wrote, “This man just duplicated himself in his daughter