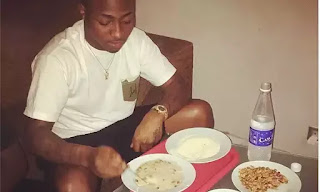 The Anambra State Government has prohibited the drinking of garri in the state as a measure to prevent the contraction of Lassa fever.

According to PUNCH REPORTS, The state Commissioner for Health, Dr. Joe Akabuike, announced the ban while educating residents of the state on measures to prevent the disease, which is spreading in parts of the country.
He said, “The garri you see spread along the highway while you’re travelling is very risky to consume, especially when you drink it. It is better and surer consuming the ones you prepared yourself. We are by this enlightenment prohibiting the drinking of garri in the state.
“Like any other form of disease, good hygiene practices and taking precautions over all forms of symptoms among family members and friends will go a long way to curb the spread of diseases.
“Hand washing remains an effective way of preventing diseases. Families as well as corporate organisations should re-adopt the use of tip taps and hand sanitisers placed in public places.”
Meanwhile, medical doctors across Kogi State on Tuesday gathered in Lokoja to pay their last respects to their colleague, who died of Lassa fever on Sunday.
Ahmed died in Irrua, Edo State at the age of 30 after attending to a seven-month-old baby, who died a day after it was admitted.
At a procession held at the Federal Medical Centre Lokoja on Tuesday, doctors expressed their grief in songs.
They ended their procession at the administrative block of the FMC where the Chief Medical Director, Dr Olatunde Alabi, addressed them.
Alabi said, “Actually, the late Dr Idowu Ahmed is one of our new doctors that we have here and he has been very hardworking and dedicated to his duties. We are aware that there is an epidemic in the country and we are trying to put our own measures in place so that we don’t have further spread of the disease.”
The Kogi State Chairman of Nigerian Medical Association, Dr. Godwin Tijani, told one of our correspondents that persons, who had contact with the deceased, had been quarantined.
“We feel saddened by the death of one of our colleagues. He is a young chap and after two months, he is no more. We will forever miss him.
“As I speak to you, some of his colleagues who had contact with him have been quarantined and some of them had started taking drugs to ensure the effect is not felt,” he said., 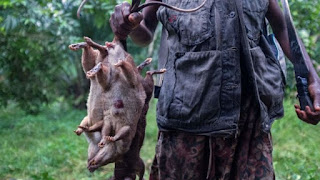