A video making the rounds online captures a man being mocked by his girlfriend because he stocked his refrigerator with sachet water commonly known as pure water.

She filmed him when he was taking one sachet out of the fridge and asked him why he has only pure water instead of things like soft drinks and wine. 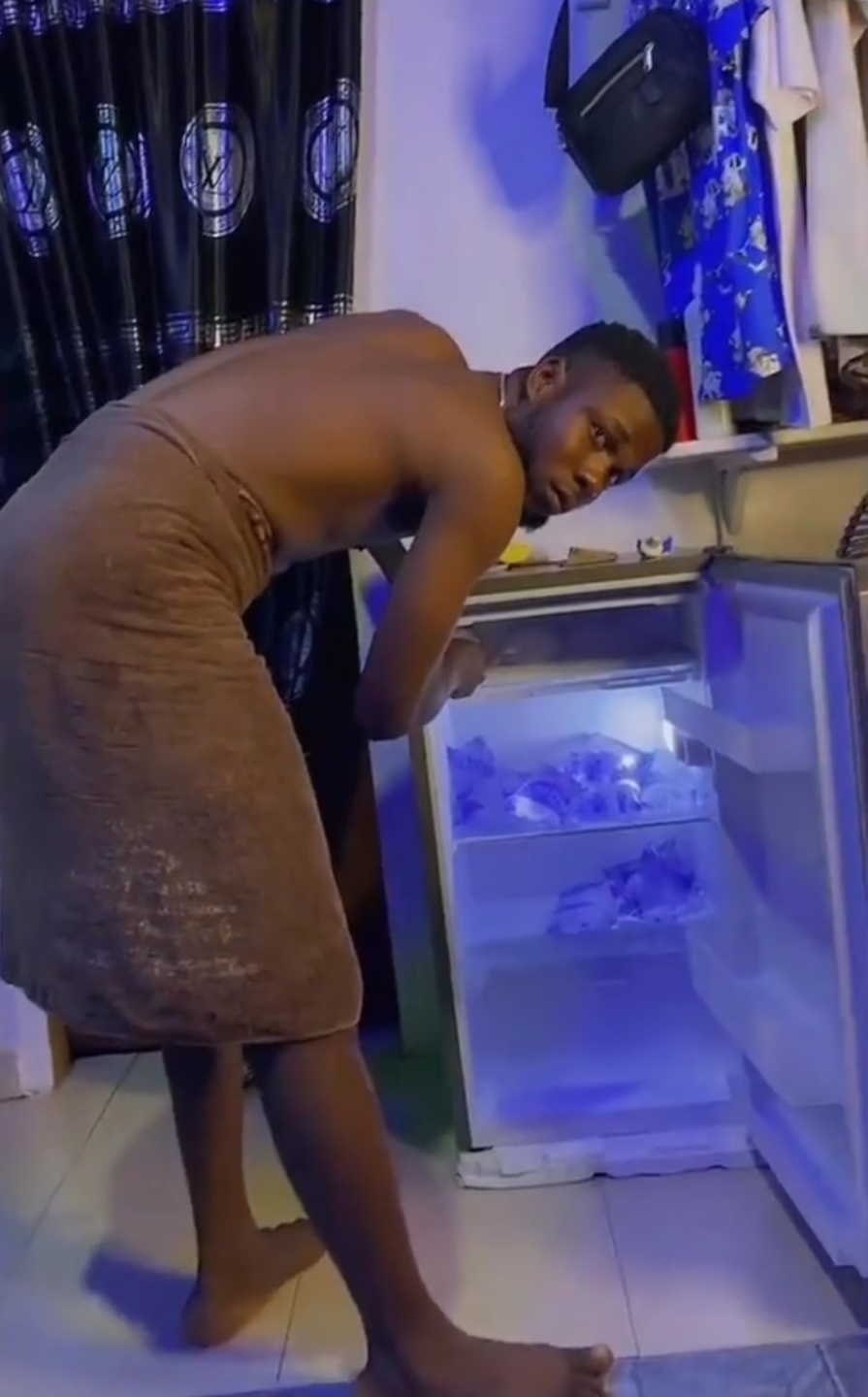 When he realised that she was teasing, he gave her a stern look and basically that suggested he was not happy with what she said.

In response, her man wondered what was wrong with her before he proceeded to say that water is life and alcoholic drinks are not good for the body.

They both engaged in a debate about the pros and cons of drinking water in comparison with juices and other drinks.