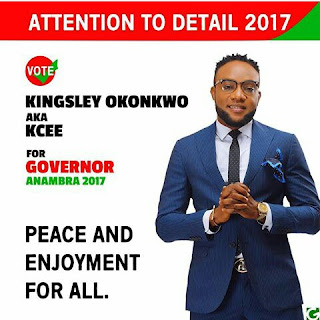 After a social media poll, five star music singer, Kcee came last in the class of four. The singer found himself with the highest vote for entertainers who aren’t needed in politics.
The poll which calmly tells the Limpopo singer to stay in his lane, sees Nollywood actor, Yul Edochie as the most favorable candidate to join politics, followed by D’banj and 2baba respectively.
See below 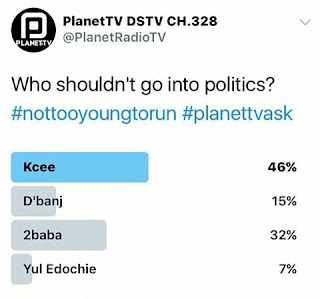