A beautiful Nigerian lady has angrily rejected her boyfriend’s marriage proposal with car in public.

In a video making the rounds online, the young lady stated that she can not accept the car proposal because their relationship is still early. 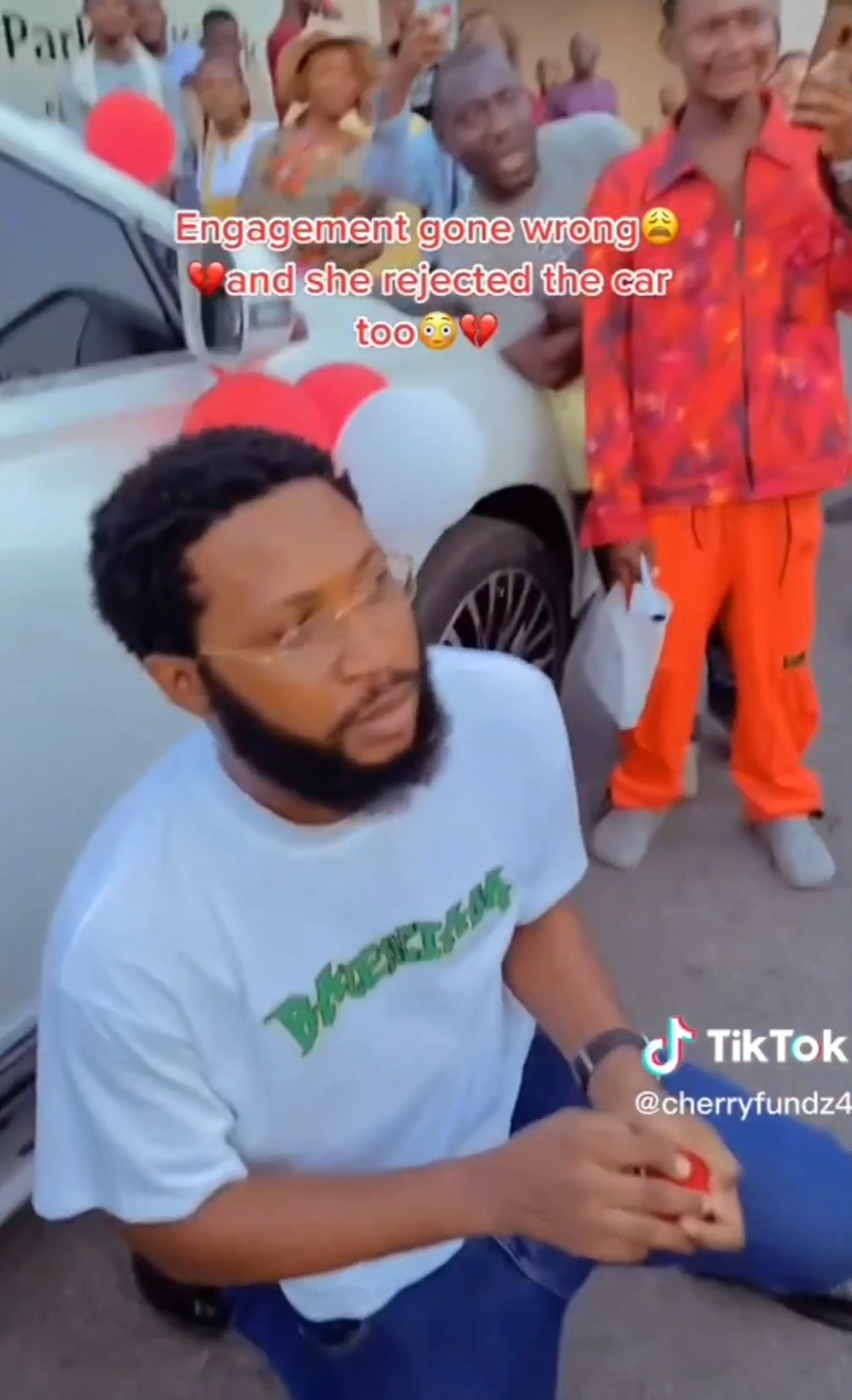 While raging her anger at her boyfriend, who knelt on one knee with an engagement ring in his hand, She made it clear that their relationship is just one month.

The video showed that some ladies, presumed to be her friends, pleaded with her to accept the proposal but she turned deaf ears.

The pretty lady walked out of the proposal scene as she left her boyfriend on his knees.

People, who had already expressed their excitement , ended up disappointed as they also left the scene with sad face.

The boyfriend also left sadly with the car he intended to use to propose with his lover.