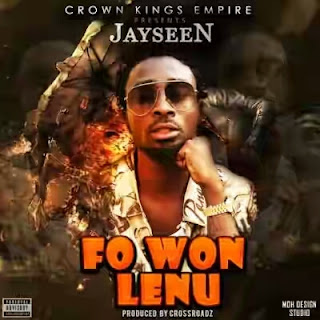 Crowd Kings Empire releases another rap single from its talented act Jason which serves as a follow up to his previously released single ‘God Bless’.

He dishes out a new Afro-Trap single titled ‘Fo Won Lenu’.which was Produced by CrossRoadz,download below and tell us what you think