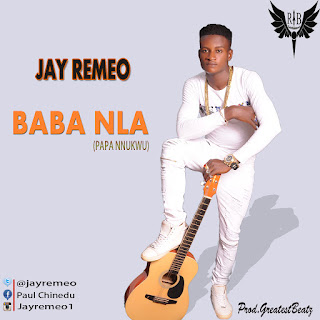 Paul Chinedu who’s popularly known by his stage name Jay-Remeo aka Muscle Pull, is a hip hop artiste/songwriter. An Enugu guy who in 2014 dropped a huge collaboration of a track titled “Anaconda” featuring outstanding artistes that include: Kelly Jay, Swanky, Berry B and X-Part Odogwu.

He surprised his fans with another hot track titled “Sungbalaja”. A track that graced the entire of the year 2015. It brought him a wide fan base across Enugu and Lagos as well. He’ll drop the video of “Sungbalaja” in a no distance time. But as you anticipate, here is another hot one from Muscle Pull “Baba Nla (Papa Nnukwu)” is the title. Produced by the magic hands of greatestBeats. Download and enjoy.

Justin Bieber: “My drug addiction was so bad bodyguards would check...