Nigerian Singer, Davido’s fourth babymama and mother of his second son, Larissa London, has flared up on social media and threatened to spill the tea about an undisclosed issue tonight.

Her outburst comes barely 24 hours after the singer bought a brand new G-Wagon for his fiancée and mother of his first son, Chioma Rowland. 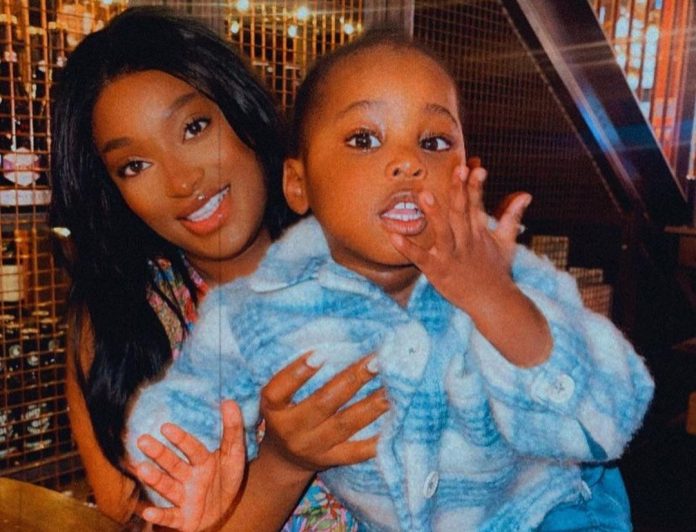 Recall that Larissa welcomed a son named Dawson in 2020 and there were speculations that Davido is the biological father of the child.

However, they did not confirm or deny the report until recently when UK-based clergyman and friend of the singer confirmed that Dawson is Davido’s son.

Well, Larissa took to her Instastory today, October 12, to say she has had enough and wants to speak her truth on her Instagram live tonight.

Though, she did not disclose the topic of discussion, some netizens are speculating that she wants to speak about her relationship with Davido who is now head over heels in love with Chioma. 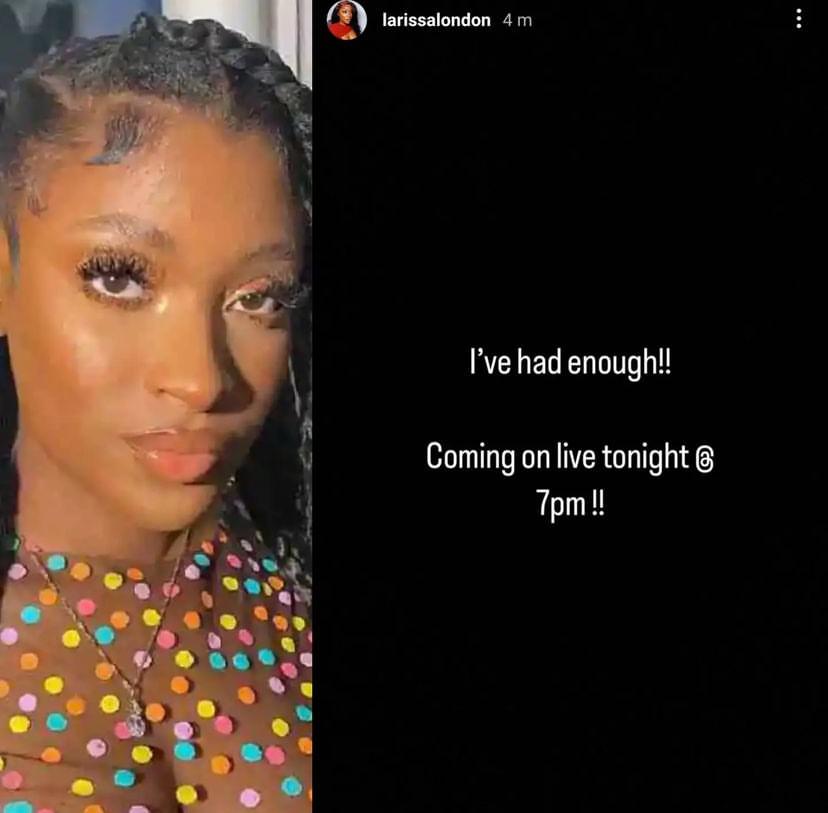