Relationship expert, Blessing CEO has declared businessman, IVD a victim of domestic violence from his late wife, Bimbo, and stated that her family members are after his properties and lying against him. 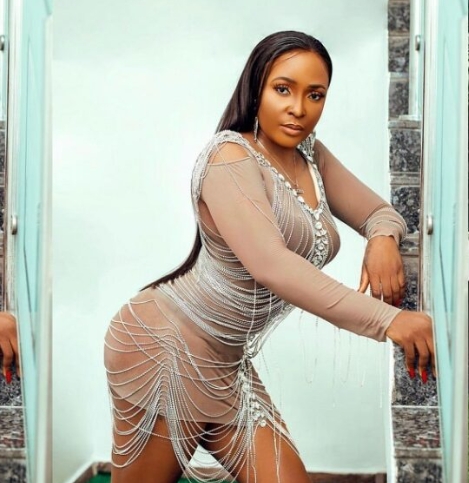 The expert who had insisted that the late Bimbo was a suicidal troublemaker who was bent on taking her husband with her during an interview with OAP, Daddy Freeze on Sunday has come up with more evidence to back her claims.

“The family of late bimbo is after IVDs properties and life. Especially her elder sister mamajazz.

Bimbo and IVD are well-known people in Lagos and it’s not a hidden fact that even in their estate that bimbo is violent. Everybody knows how she breaks bottle on her husbands head on a daily. Bimbo killed herself and has always wanted to kiIl herself right from childhood. Evidence loading. 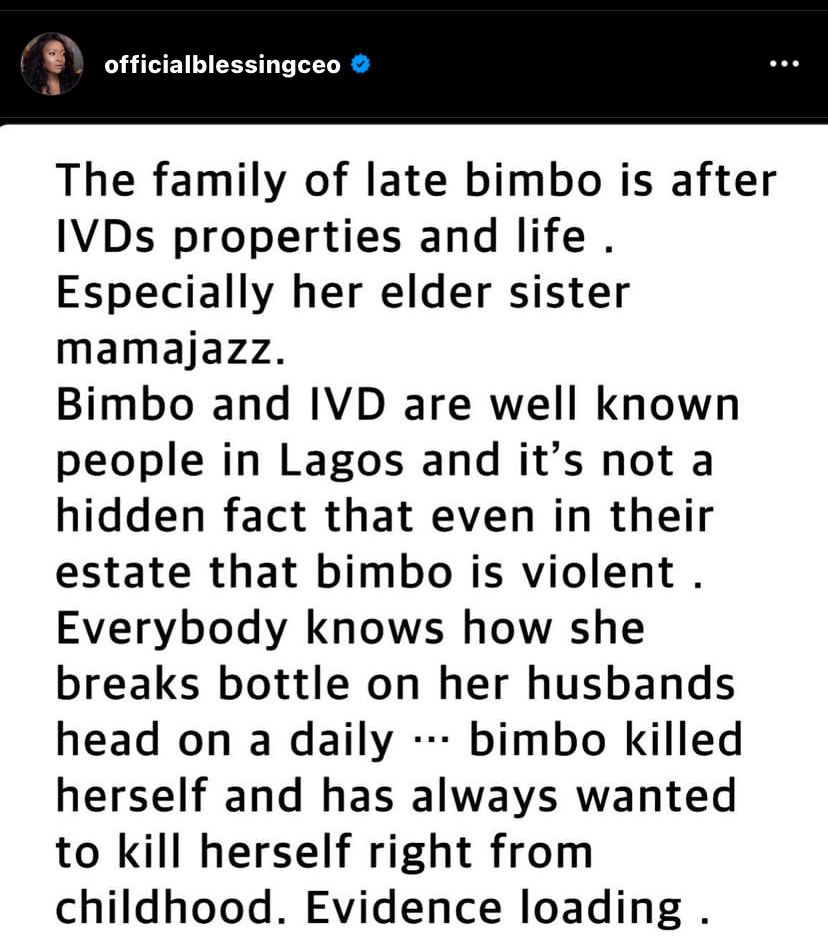 I will ask mamajazz the late bimbos sister few questions.. Where you in talking terms with your your sister before did? Are you oweing your late sister 18 million? Did she block you before her death? Do you even like your your sisters children?? Answers this question because I will slam the internet with raw fact and evidence.” Blessing posted on her Instagram page. 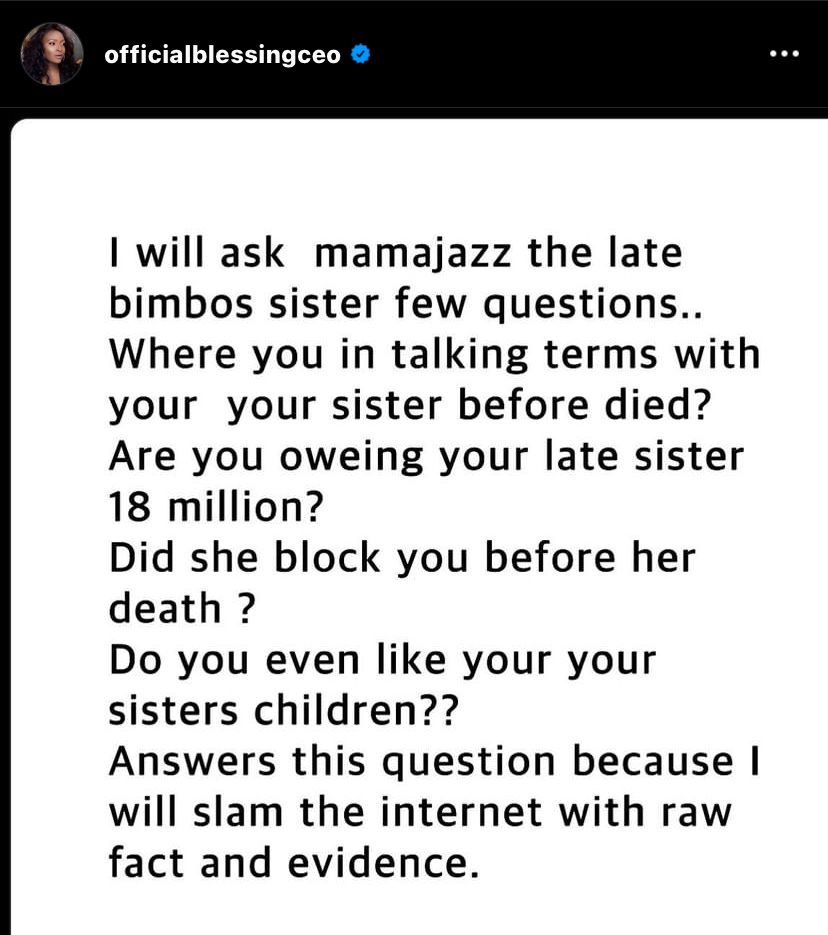 She posted a recording of her conversation with someone she claimed to be the best friend of the deceased and tagged it as her first evidence.

First evidence of a voice conversation with the late Bimbo’s best friend. Anybody who knows the late bimbo will know her best friend from childhood. The late bimbo has been suicidal from childhood. IVD is not the first man late bimbo is obsessed with, she was a troubled woman who her family refused to help. IVD was just a victim of love who felt he could stand by his wife. We have life witnesses who can attest to this.” 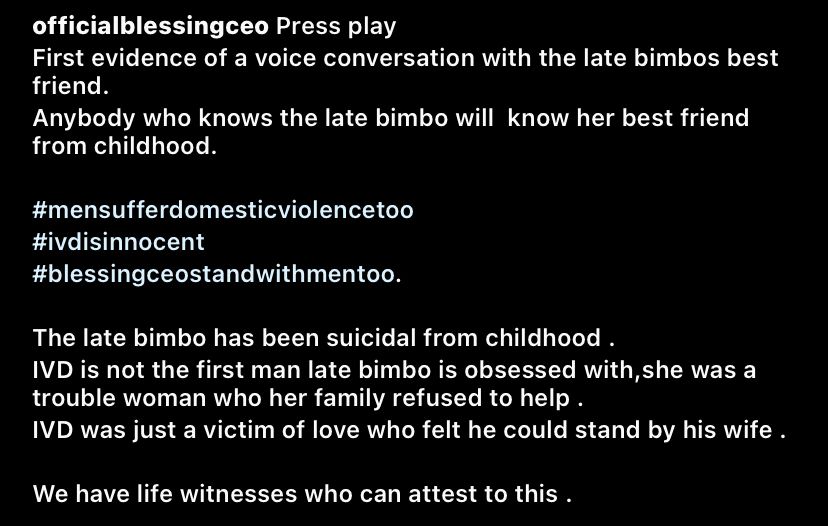