Popular Nigerian singer, Kizz Daniel, appears to have given up on his resolve to quit smoking as he goes back three months after quitting.

The singer had, via his Instagram page on his 28th birthday in May 2022, announced that he had taken the bold decision to quit smoking.

The Buga hitmaker, while admitting that smoking is not a good thing to do, said he was quitting the habit because of his kids and those who love him.

“To celebrate my birthday, for the sake of my kids and those who really love me. I quit. THose of you still struggling with this addiction, it is not cool and it is not good, trust me. May God save us all”, he said, at the time. 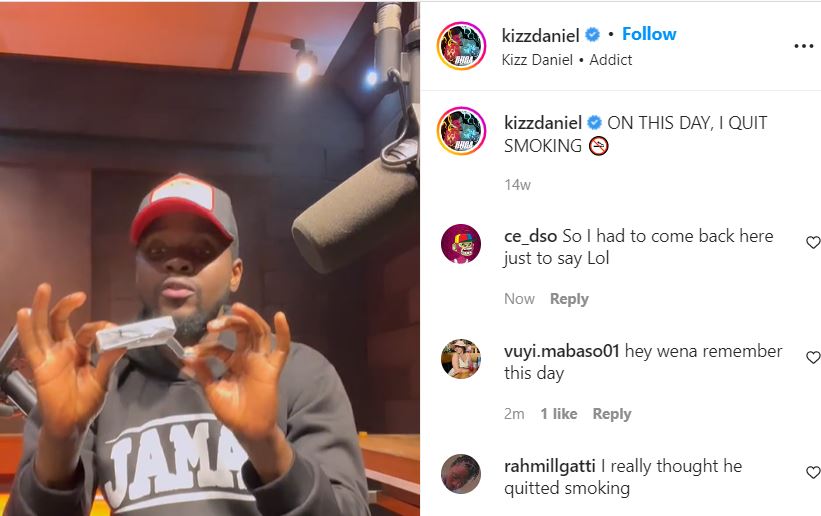 However, a few months ago, during an Instagram live session, the father of two said that, despite having quit, he still finds a way to inhale it when he’s around his friends.

Shockingly, on Saturday, August 13, the 28-year-old shared a video of himself treating himself to a stick of smoke.

Sharing the video, Kizz Daniel admitted that getting over an addiction is not an easy thing to do.