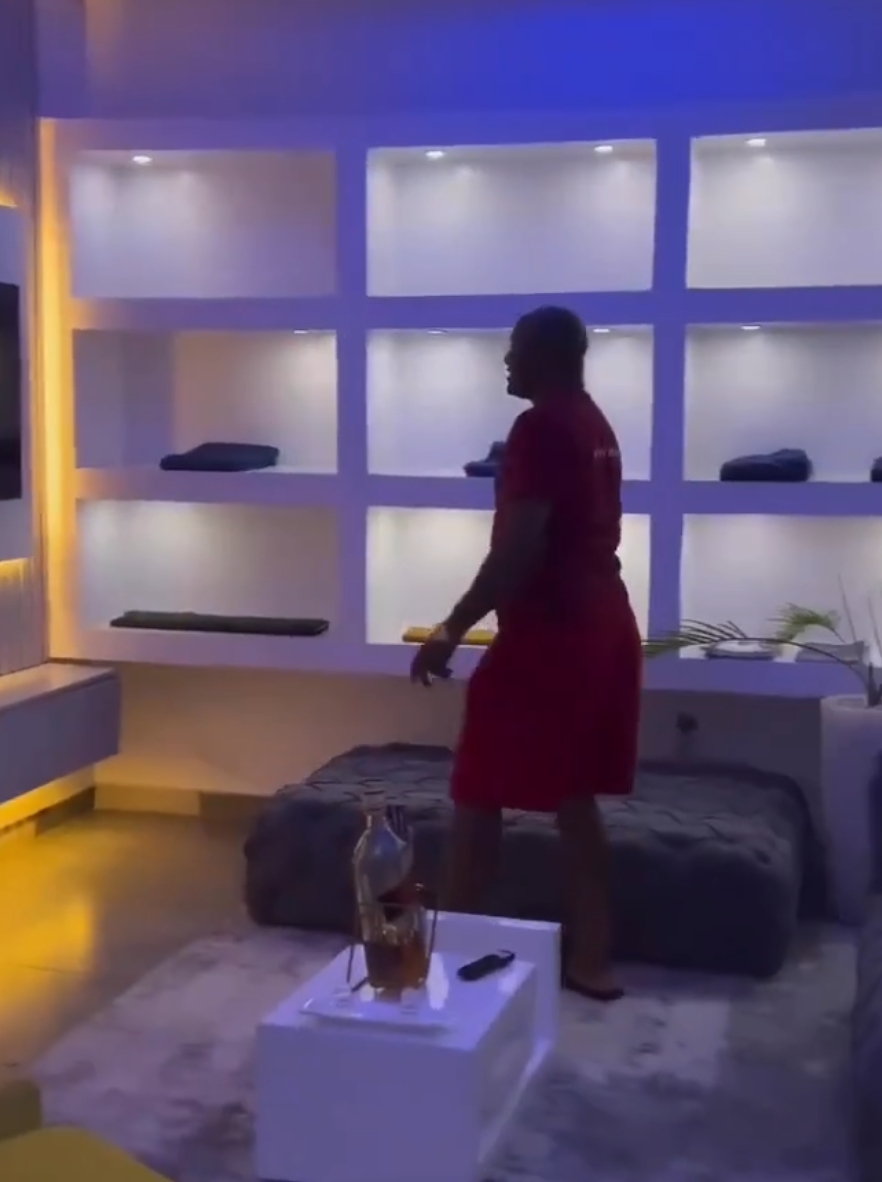 This time around, Isreal was captured lying flat on the floor upon seeing Davido singing on a television set. Juju as he is fondly called also knelt down while raising his hands in exaltation of the singer.

The over-loyal display stirred humor for the videographer who couldn’t help but laugh aloud as Isreal began dancing to the music that was being played on the television.