The content creator and his girlfriend who decided to wet their appetite for the wild and nature, walked through the 401-metre-long canopy walkway, the longest in Africa. 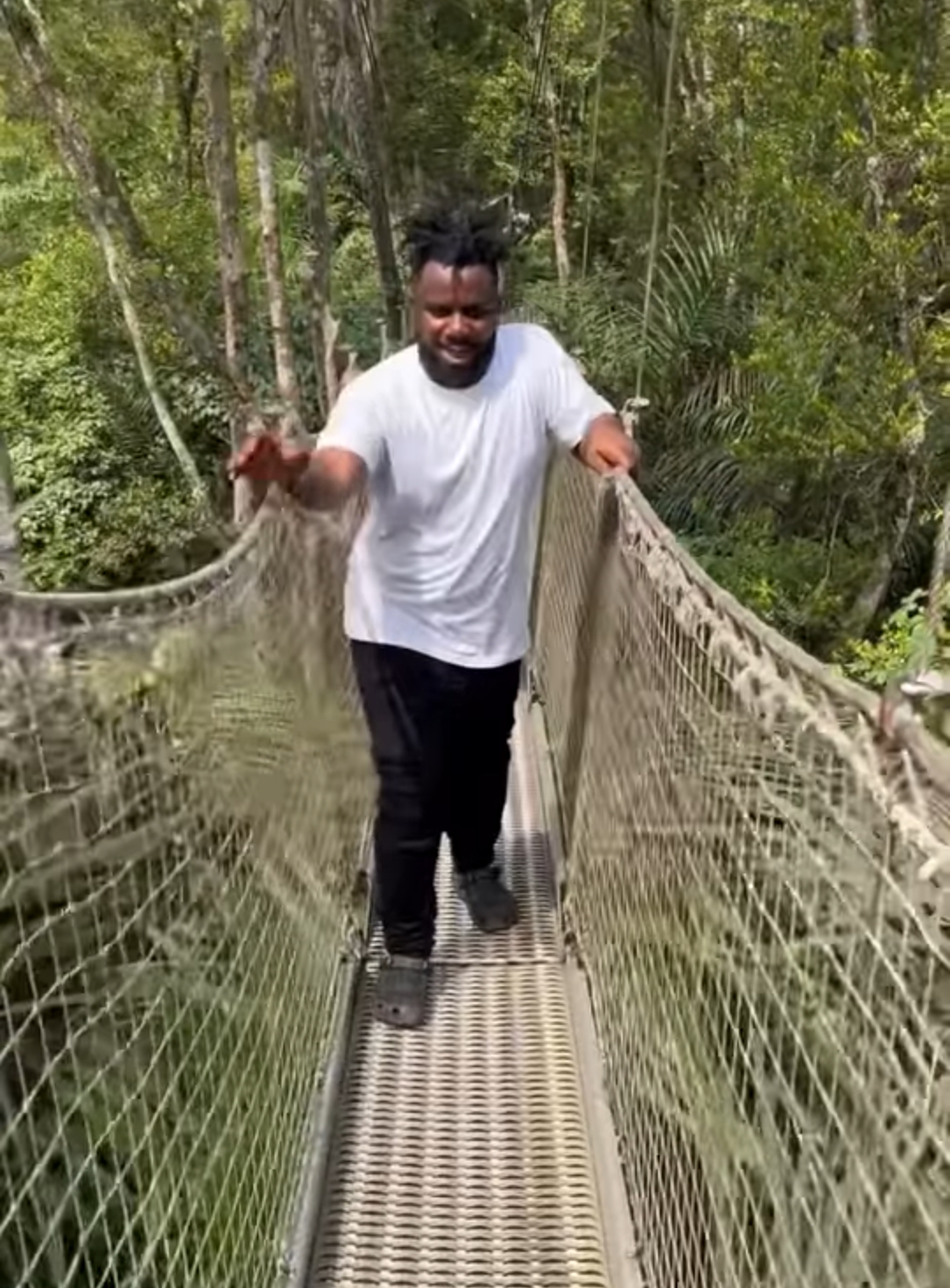 However, Sabinus created a scene when he stopped midway and just refused to not go any further.

The video captured the moment a jittery Sabinus screamed in fear and exhibited his phobia of heights.

Despite the support and reassuring words from his girlfriend and tour guides, he remained scared and moved out of the rope-style bridge in the forest.

Sharing the video with his fans, the comedian wrote;

“My fearless journey at Conservative center”