Popular Nigerian cross dresser James Brown, has shown off his ‘cooking skills’ after he shared a video of him dishing out food to a bunch of children he named his siblings.

The crossdresser said it affirmed that he was the mother of African cooking as he said he’d used his favorite recipe to make the ‘ewa agoyin’ meal. 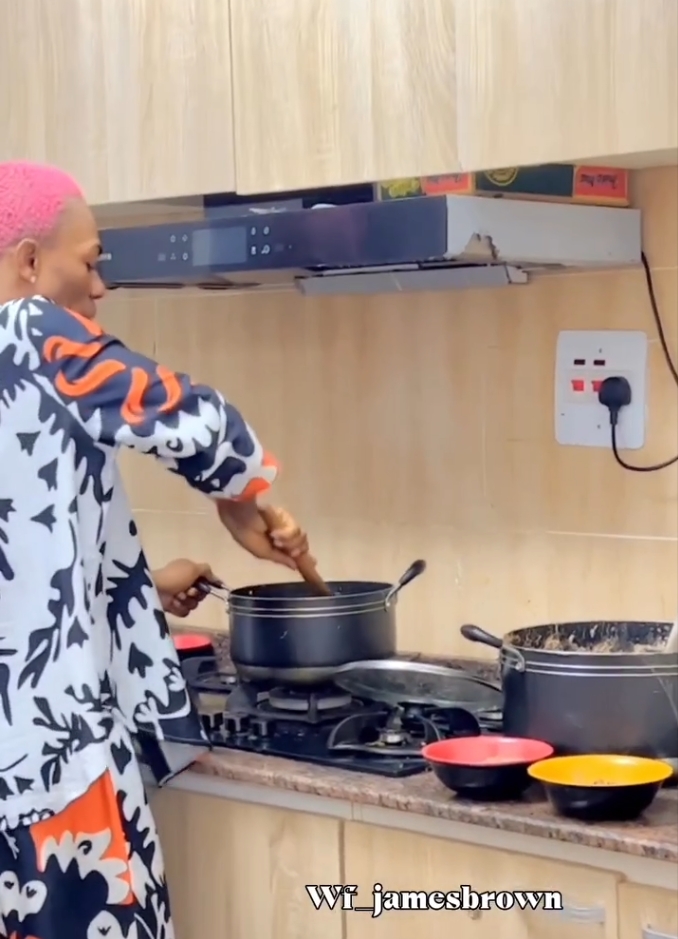 Fans and followers however pointed out what seemed to be inconsistencies with the video including that he seemed not to know the names of some of his siblings.

A follower also questioned the name of the meal as she said that didn’t seem to be what he was dishing to the children.

While some have taken the crossdresser for his word, others have expressed skepticism as they say he shared no video of actually making the meal himself and was only taking credit for another’s work.