A Nigerian Army man has been captured on camera giving 500 Naira to a motorist he stopped during his routine check on a major road.

The driver was with a lady in the car when the soldier stopped them, so she decided to record the interaction for safety purposes. 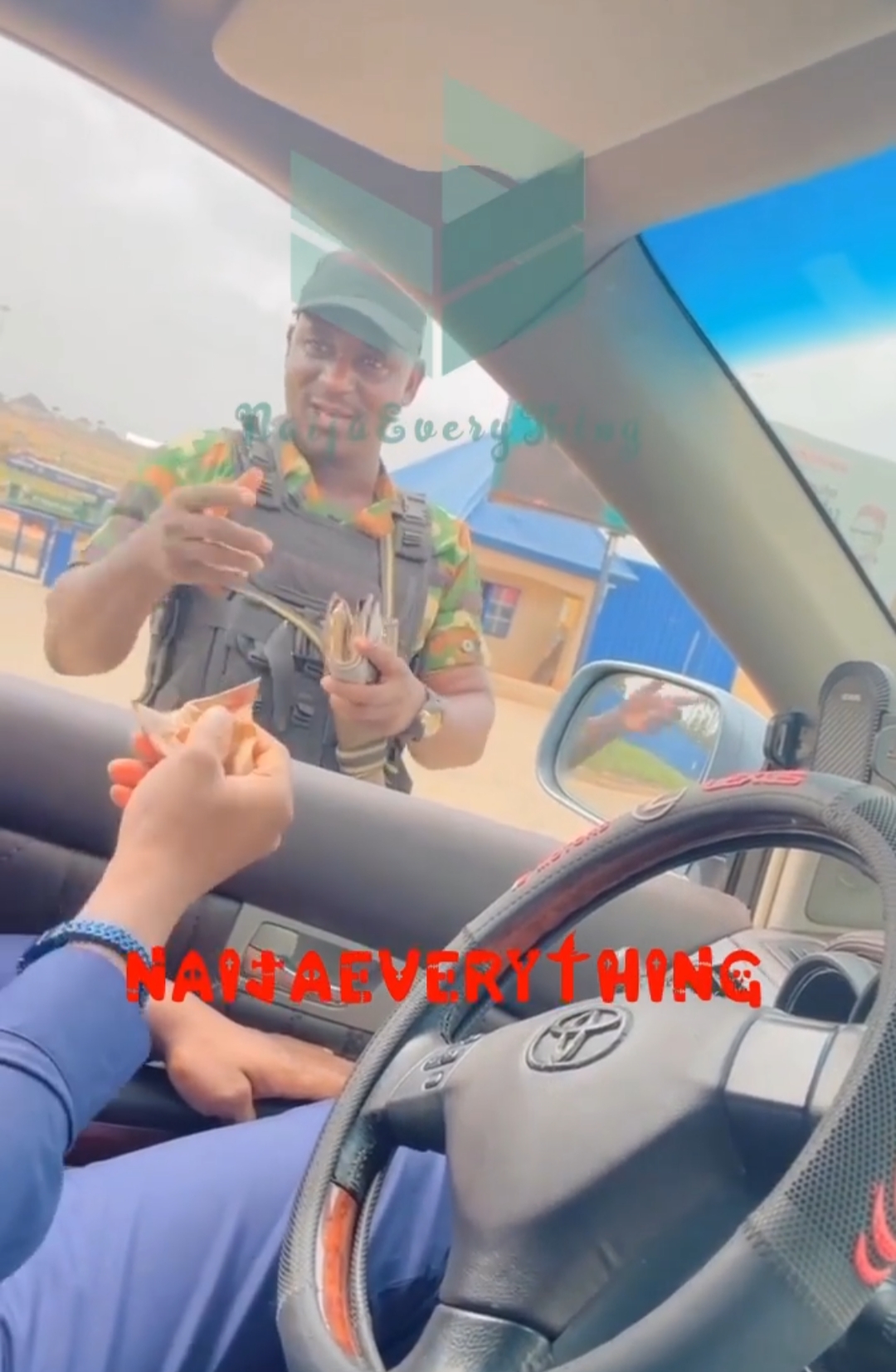 The security personnel observed that they were recording, and stated that he does not want anything from them rather he wants to give.

In a video posted online, the military man could be seen bringing out a N500 note from his wallet and handing it to the motorist who was appreciative.

After the driver collected the money, he said ‘See police people try’, but the army man clarified by saying; ‘I am not a policeman.’