A beautiful Nigerian lady, Aphrodite Zee, recently played a prank at a hotel room where she lodged.

She shared the prank video via her official TikTok account, which has generated many views and comments since it surfaced on the app. 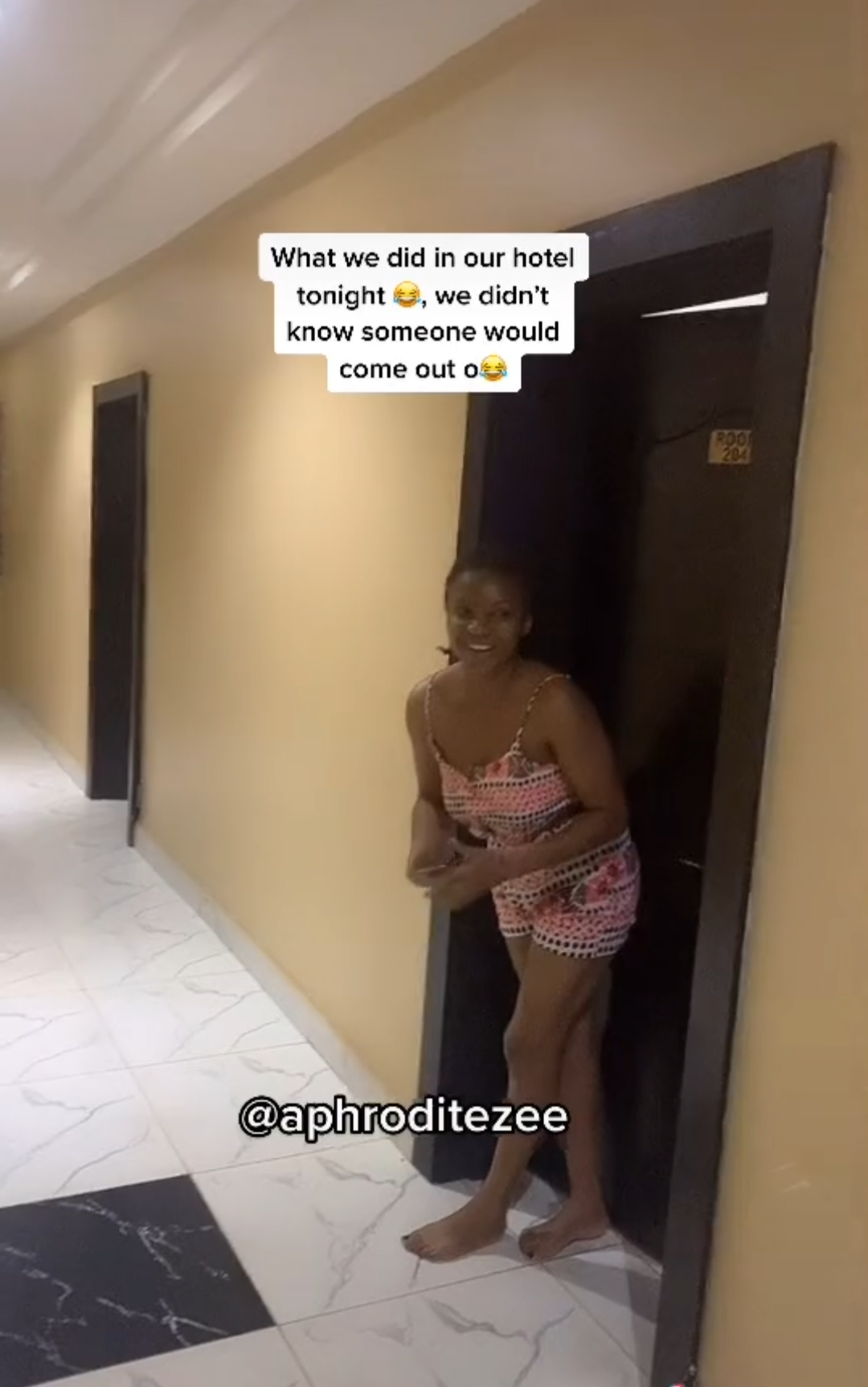 In the viral video, the young lady came out of her hotel room, screaming that she is in urgent need of a man.

After making her intentions known at the hotel, a man came out of his room and told her he was available, and they all burst into laughter.

Sharing the video on TikTok, Aphrodite said she was shocked over his response because she didn’t think someone would come out.

TikTok users react to the video

“My phones volume was high. And my mom was seated besides me.”

“It’s the raising of the hand for me, this one is total surrender.”

“She was even jumping to him before he ran back for joke not to become real. #HeRan .”

“Why did I think this was Julie the one who makes tik toks with her boss .”

“Try this in my country by the time you finish the statement you will already be satisfied.”

“The guy respond with his 2 hands in d air. just in case you no hear, u no fit claim say u no c am.”