A recent video of popular Nigerian singer, Tiwa Savage and her son, Jamil Balogun also known as JamJam has surfaced online and by extension sparked a lots of reactions among netizens.

In the Instagram live session video, Tiwa Savage goes motherly as he cautioned her son after he reveals his intention to break many hearts. 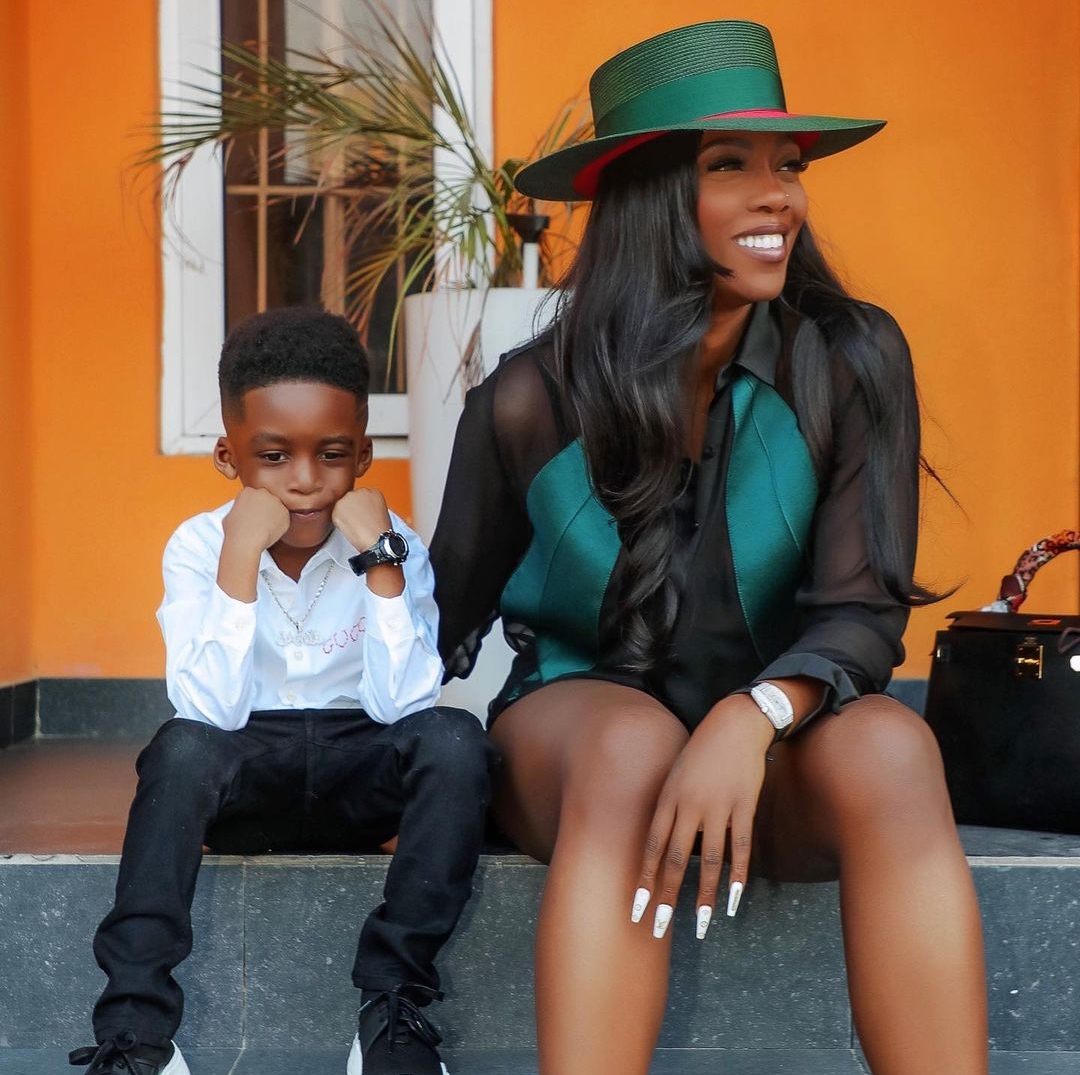 This is coming after Tiwa Savage expressed her concerns about whether she should continue releasing music or focus on her priorities.

Jamil, who was at the corner, then told his mother to focus on breaking hearts as he was planning to do the same.

However, Tiwa cautioned Jamil immediately and advised him never to break anyone’s heart.