Popular Nigerian actress Mercy Johnson Okojie, has come under fire for campaigning for the presidential candidate of the All Progressives Congress, Bola Ahmed Tinubu, ahead of the 2023 elections.

The Nollywood actress stated that as the wife of an APC candidate herself and a mother, she was confident in the plans the ruling party has for Nigerian women and Nigerians in general. 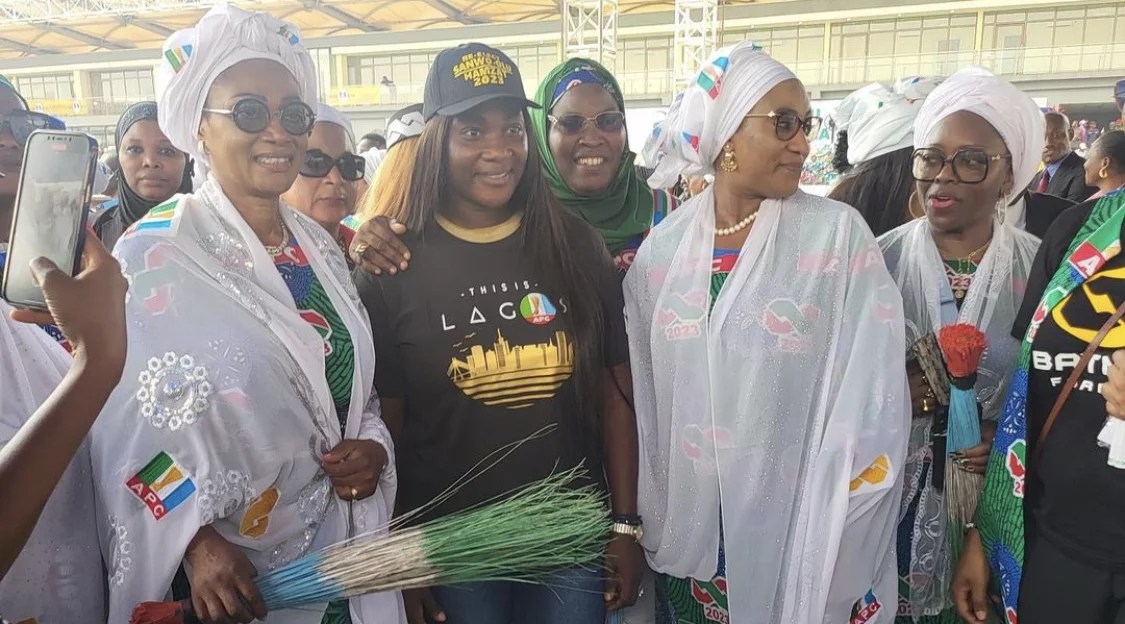 She made this known via her Instagram page as she spoke about the APC southwest rally which involved the Lagos state Governor, Babajide Sanwo-Olu, who’s running for a second term in office.

She assured women of inclusion as she said she possessed renewed hope over the plans of the party.

Some fans and followers however did not resonate with her message as they condemned her for throwing her weight behind the APC. A number of comments suggested that she support her husband on a personal basis without campaigning for the party also.

Others defended her right to support any political party.

Earlier today, I joined His Excellency, Babajide Sanwo-Olu @jidesanwoolu and the incredible women leaders that make up the APC

As a woman, wife to an APC candidate @princeodiokojie and mother, I am confident in the APC plan for women which is in line with the 35% affirmative action for women.

From the goodwill messages and conversations with the women leaders, I was opportuned to hear from the horse’s mouth and I have renewed hope and confidence in the good intentions, great plans and actions to follow for the women of Nigeria and for the people of Nigeria. 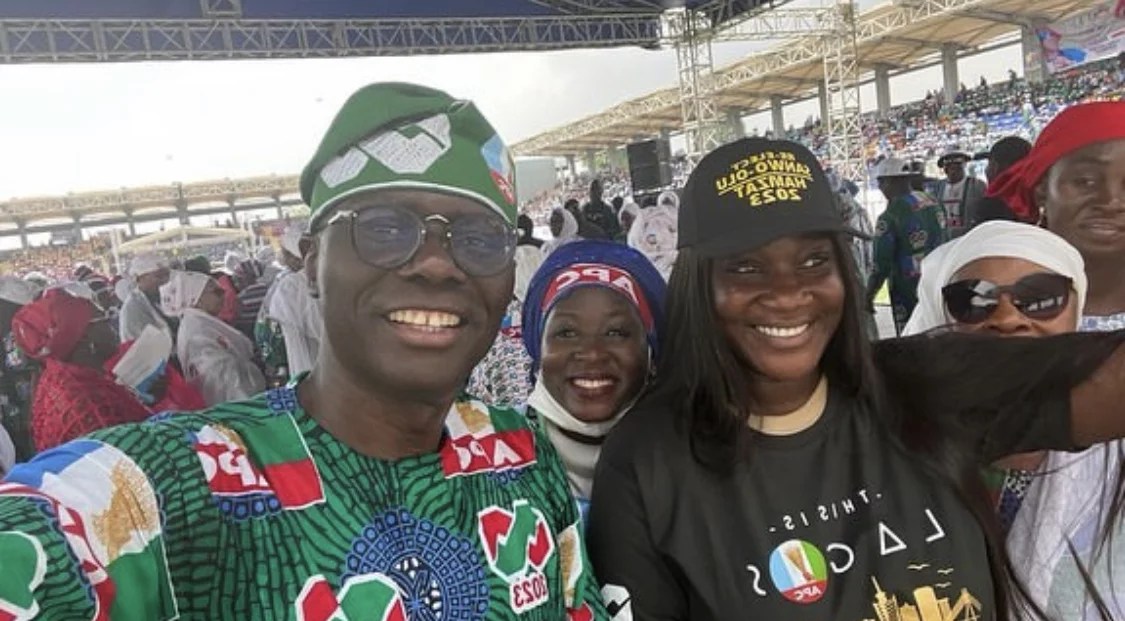 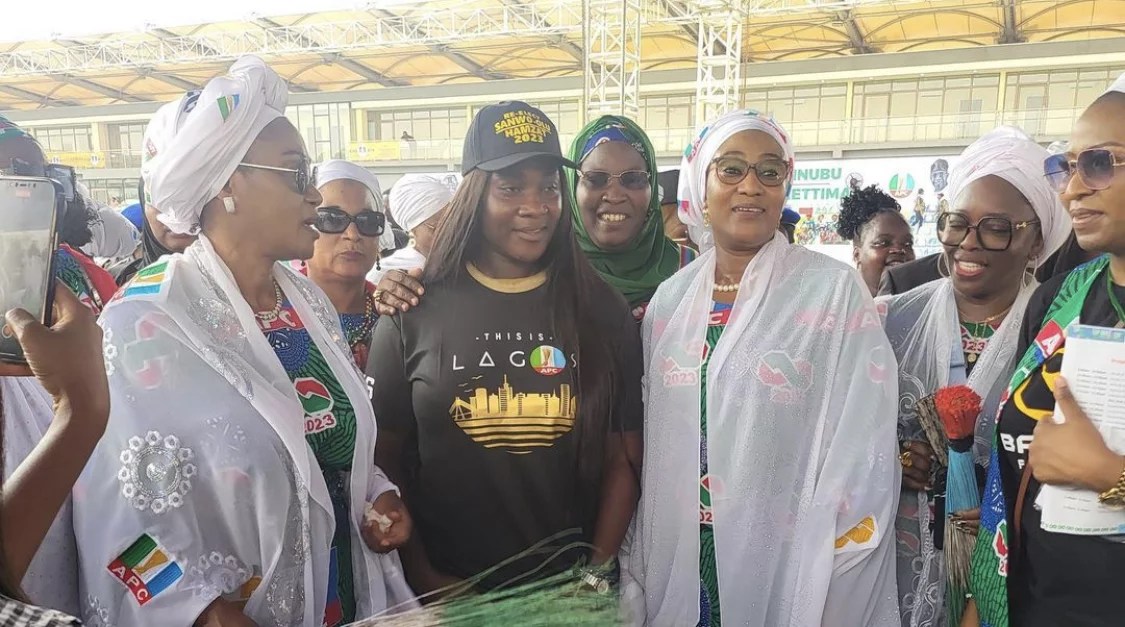 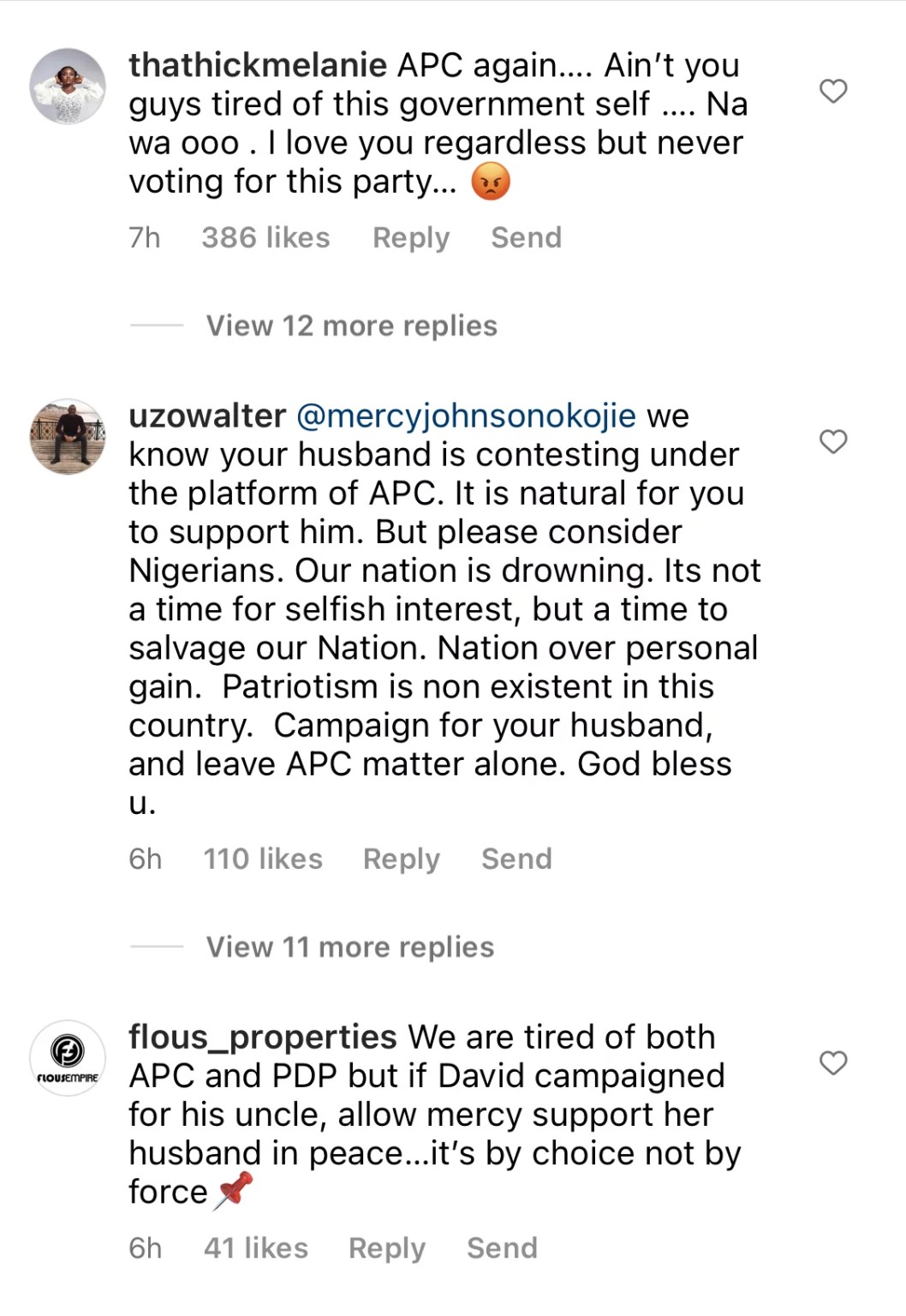 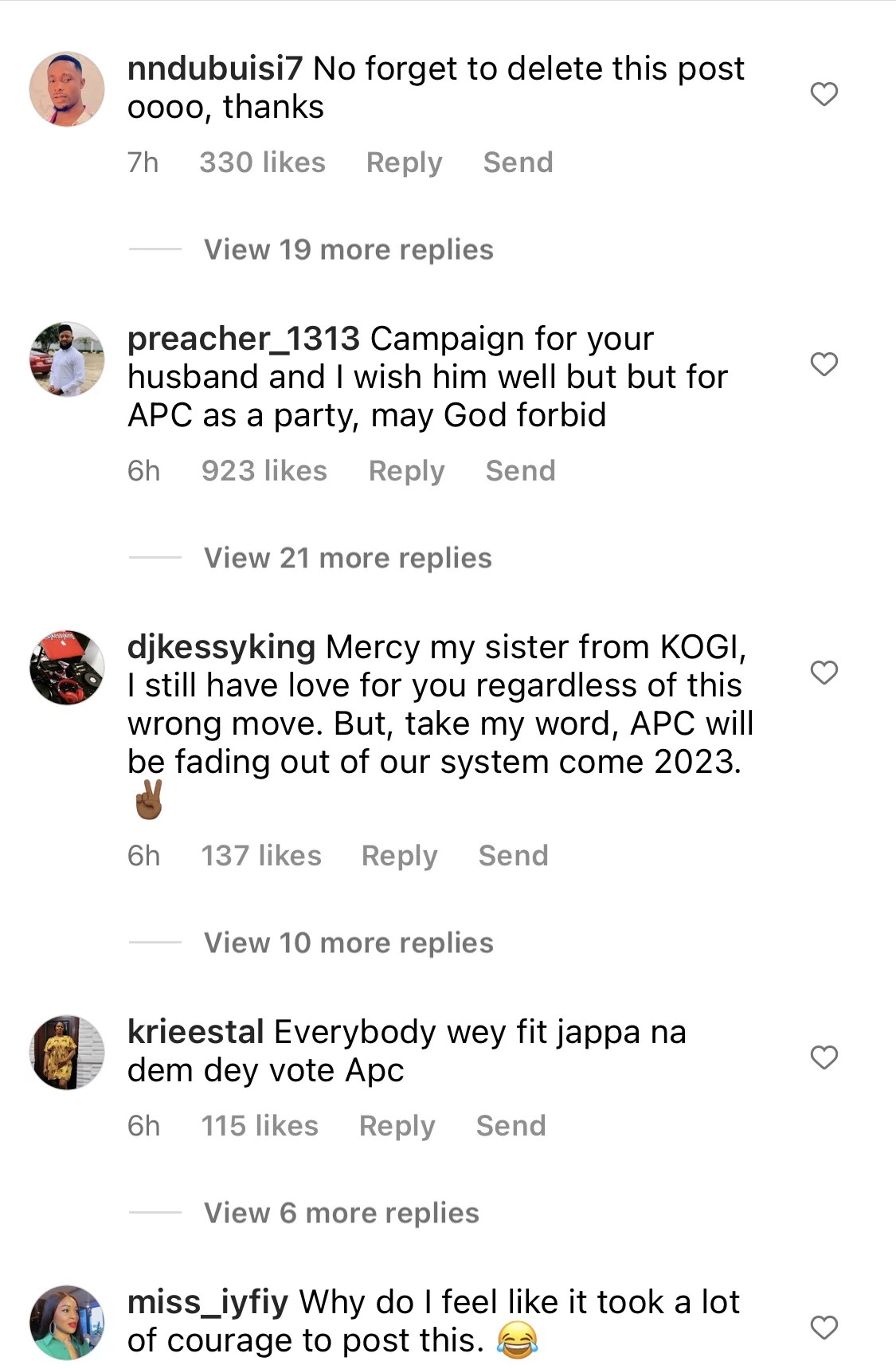