A little boy has impressed many people online after he broke his piggy bank and counted the cash in it.

The TikTok video capturing the moment was posted by Jenny Golden, the boy’s mum, on Saturday, November 19. 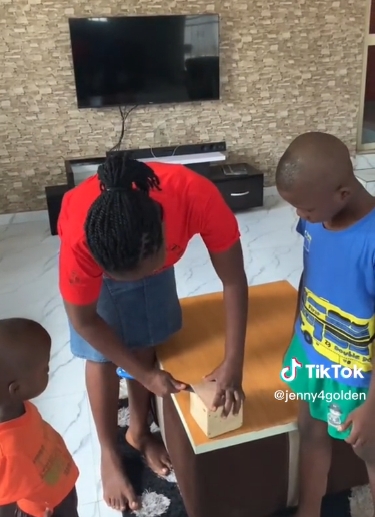 According to her, the boy started saving ‘small small’ amounts given to him in the box.

Jenny said it became neccesary to break the box because of the planned redesign of the Naira by the Central Bank of Nigeria.

Nigerian boy saves N3800 in his piggy bank After counting the money in the box, it was discovered that the boy has been able to save the sum of N3800.

The Naira denominations ranged from N10 to N1,000 notes. Many TikTokers have been impressed by the boy’s wisdom.