“Ika the coffin Musician” – Moment Singer Portable arrives on stage in a coffin at his concert, leaves audience stunned (Video) 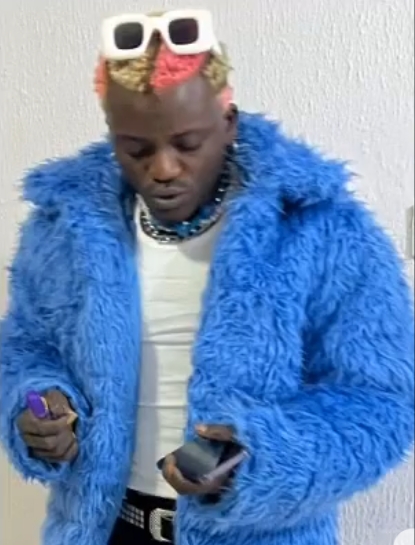 His props and entry caught the attention of the audience, left them in suspense with many expressing shock after discovering the Zazuu Crooner took a bold step to lay in a coffin in the name of showbiz.

With lights in the auditorium dimmed and later going off, leaving the space dark, the stage got a bit illumined, as some individuals clad in white cloaks could be seen carrying and pulling a coffin on stage.

They opened the coffin, chanted and evoked his spirit to arise. A loud rumbling sound was heard as Portable stood erect and stepped out from the coffin to perform at his show.