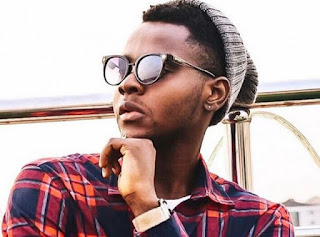 G-Worldwide act Kiss Daniel has spoken of the factor that inspired his mega hit song, “Mama.” According to the young & handsome singer, the song was inspired by his affair with his Ex who’s soon walking down the aisle with another guy.
He made the revelation recently in an interview with Hi Radio in Amsterdam. Just like one on a hot seat, Kiss was asked a lot of questions. When it came to the question of his latest album and best song, he mentioned NEW ERA to be his latest album and named MAMA to be his best song. Hi Radio further asked how the storyline of the song came about.
In response, Kiss Daniel made known that he named MAMA as his best song because the storyline was about his Ex-Girlfriend who is on the verge of tying the nut with another guy. The Sofa singer said he dedicated the song to his ex-girlfriend who broke up with him last year during his New Era concert; an event that broke his heart.
But he managed to man up to the blame saying she is a good lady who cares less about money or millionaires and he respects her a lot. He described her as a strong woman who only wants respect. But then, she’s getting married to another. How sad!