A Nigerian man, Abuchi Eze, has expressed regrets while identifying himself as father of little Chioma Success.

Chioma made headlines on Facebook after showing applaudable energy and vibes during the rally held for presidential candidate, Peter Obi, on October 1st, 2022.

Netizens showed massive love to the little girl and sent cash gifts to her after her video from the rally went viral.

The girl’s mother, Gift subsequently revealed that she’s a single mother as her baby daddy had dumped her to singlehandedly take care of their child.

In a recent development, a young man who claims to be the father of the little girl has narrated the events that led to his decision years ago. 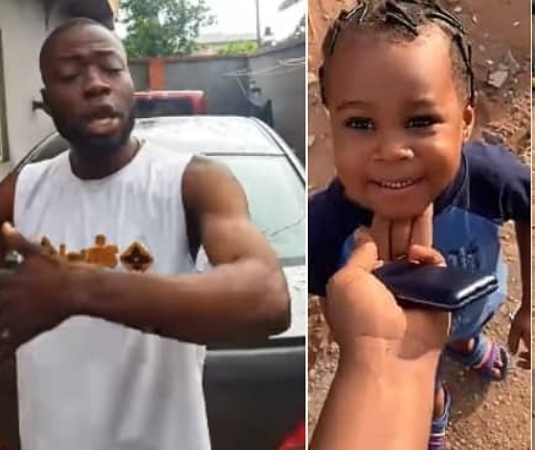 He said he doesn’t want back his family into his life just because they got famous.

According to him, he had been living with regrets and is ready to go to prison if it will make him get them back.

“My name is Abuchi Eze. I know her did her wrong. She was pregnant and I chased her out. I was childish then. But please I need you all to help me and beg Gift. Success is my daughter. I want her back. It’s not because of the money. If going to prison will make you forgive me, then I will go“, he said.